Hey guys, and happy Friday! Today I am so thrilled to be sharing a post by Perdita and Honor today, to celebrate the publication of the last book in this fabulous trilogy, It's A Wrap! This book is no doubt one of the best books I read this year, and take it from me it is the perfect summer read that you all need to get your hands on!


Elektra James is back and her life is more hilariously chaotic than ever!

Elektra is hoping for big things this year... She's finished her first feature film (even if her character was unexpectedly killed off half-way through filming), hosted the party of the year (well, before her mum arrived and threw everyone out - how embarrassing!) and managed to become Archie Mortimer's Actual Real Life girlfriend (for now anyway...), so things are most definitely moving in the right direction. But with social media to navigate (#actinggoals #instanightmare), GCSEs looming and a seemingly never-ending parade of failed casting calls, Elektra's road to acting stardom is proving to be as rocky as ever. 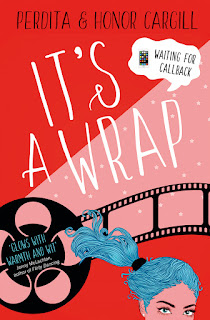 The Waiting for Callback books are a funny teen series, just perfect for chilling out with in the school holidays. And now with It’s A Wrap just published, you can binge on the cringe.  The series follows the adventures and mostly misadventures of Elektra James, teen actor-in-training. We love Elektra but the books are packed with fun and pretty eccentric characters so we asked the authors to turn the spotlight on three of their favourite minor characters, one from each book. Here’s what they came up with…

Aaaaagh, we do NOT want to pick but here goes:

It’s got to be Squirrelina! One of the high points of Elektra’s first year as a professional actor (OK as an actor with an agent who is TRYING and mostly failing to get jobs) is to get cast as the voice of the second most important squirrel in a nuts’ commercial. Glamorous, right? Not so much… Elektra muddles her way through her first voice-over but she kind of bonds with Squirrelina.  It’s tricky to explain given that she’s a fictional talking animal in a poorly scripted commercial for inedible nutty treats so here’s an extract!

Elektra is filming in this book and there’s a big cast and crew. Frankly, most of them are pretty eccentric, so too many contenders here.  We were tempted by Kale, the small but very fierce and troublesome handbag dog belonging to A-Lister and yoga devotee, Amber Leigh but we’re going to go for Eddie. He’s one of the assistants on the production and he is a slave to precision timing and never separated from his clipboard. Because nothing on this production runs on time, poor Eddie is pretty much always stressed. He’s got a thing about working out his abs and Abba. Also, although he’s a fairly far-fetched specimen he may or may not be drawn pretty closely from life… Meet him in this brief extract here. 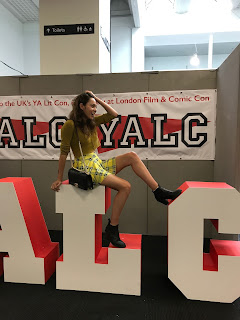 From It’s A Wrap:

We’re going to go with Mike Minor Squire.  Elektra is pretty harsh to poor old Mike. He’s just not the love interest she had in her imagination. Seriously, where is his chiselled jaw? Worse, where is his conversation?  Read a brief extract where she meets him here. But mostly we like him because he has a pivotal role in our favourite scene. We can’t tell you much about it and we can’t extract that scene because…SPOILERS – Look, it involves a chicken fillet and a guy in a tailcoat screaming “BOOBIE!”. That’s all you need to know.

Thank you so much, Perdita and Honor, for appearing on my blog!

Check out my 5* review of It's A Wrap here: http://delightfulbookreviews.blogspot.com/2018/06/5-book-review-waiting-for-callback-its.html

Check out my reviews of the other two books in the trilogy here: http://delightfulbookreviews.blogspot.com/2016/04/waiting-for-callback-perdita-and-honor.html


Perdita and Honor Cargill co-write the Waiting for Callback series, published by Simon and Schuster. The last book, It’s A Wrap was published on 31 May 2018. All available through Hive, Waterstones, Amazon or your other favourite retailers.