5* BOOK REVIEW | 'Waiting for Callback: It's a Wrap' by Perdita and Honor Cargill 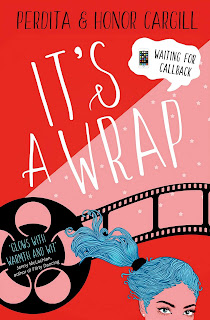 Hey guys, and happy Monday! Today I am thrilled to be reviewing an absolutely fabulous book I read recently, and I don't think this will be a suprise to any of you, but this book is the final book in the Waiting for Callback series, one of my favourite series of all time. You know that series you can always depend on, to cheer you up, comfort or, or just transport you to a familiar, happy place? Well, that is what this series does for me.

Therefore, reading this final book in the series was a strange experience. I wanted more than anything to devour it, gobble it up, hole up in my room for a whole day so I could finish it there and then. But I wanted it to last forever, and I dreaded saying goodbye to these characters who are simply so lovable that I wanted to stay inside this book eternally.

But anyway, enough of my rambling. It's a Wrap follows young actress Elektra at what would seem to be the height of her new career. She has just finished her first feature film, but now that she's started she only wants more, however work seems to be annoyingly few and far between these days. That being said, her GCSE exams are taking up more time and causing more stress than she would like, and her best friend Moss is facing some off-screen drama (boy related) of her own. When a social media mishap spirals suddenly and distressingly out of control, Elektra starts to wonder if she can cope with all that stardom comes with, especially with her future-determining exams looming ever closer...

Elektra James is back and her life is more hilariously chaotic than ever!

Elektra is hoping for big things this year... She's finished her first feature film (even if her character was unexpectedly killed off half-way through filming), hosted the party of the year (well, before her mum arrived and threw everyone out - how embarrassing!) and managed to become Archie Mortimer's Actual Real Life girlfriend (for now anyway...), so things are most definitely moving in the right direction. But with social media to navigate (#actinggoals #instanightmare), GCSEs looming and a seemingly never-ending parade of failed casting calls, Elektra's road to acting stardom is proving to be as rocky as ever.

The third and final book in a trilogy carries a staggering amount of weight. While the second book in a series has the pressure to hold up to the standard of the first one, the third is really the make or break moment. In my opinion, It's a Wrap is the most perfect ending to the trilogy that I could have ever hoped for; a loving farewell to the characters who I have grown to love dearly. Everything was just so well done - from the continued fantastic characterisation, the amazing dialogue and the hilarious cringe moments that make this series so wonderful. I loved the relationship between Elektra and Archie, and also the friendship between Elektra and Moss, which in this book becomes more complicated due to Moss' tumultuous love life. I think Perdita and Honor are fantastic at portraying good, healthy relationships, whether romantic or friendship, which I think is really important for a book that is primarily enjoyed by young people. 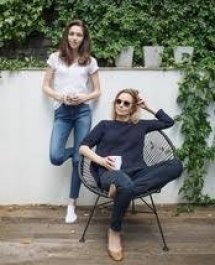 The comedic scenes in this book were better than ever; I especially loved that dinner party filming fiasco! The new characters were amazingly done, and I felt that in this book we got a lot more of Elektra's professional acting life as it developed, which was so interesting to read. Her confident, adventurous attitude is so refreshing to read, and I think this series does really show people how important it is sometimes to just put yourself out there, be confident, and be yourself. It's a Wrap also discusses some vital issues such as body image, pressure from social media, and the various ways young men and women are forced to act in a certain way, that isn't them. There are just so many things in this book that make it great for anyone and everyone to read. It's such a cliché, but the Waiting for Callback books really do contain something for everybody.

I will miss Elektra, Moss, Archie, Eulalie and Elektra's mum and dad with all my heart. These books have always been a welcome escape in times of stress or just when I'm not feeling my best. These books are the very most hilarious and heartwarming books there are out there. And I will miss them so very much.

Thank you, Perdita and Honor, for writing these books, and I cannot wait to see what you have in store for us. Keep doing what you're doing, you're utterly brilliant at it.

Check out my reviews of the other two books in the trilogy here: http://delightfulbookreviews.blogspot.com/2016/04/waiting-for-callback-perdita-and-honor.html