Hello readers, and happy Friday! I hope that you all have had a great week and are looking forward to the weekend ahead <3 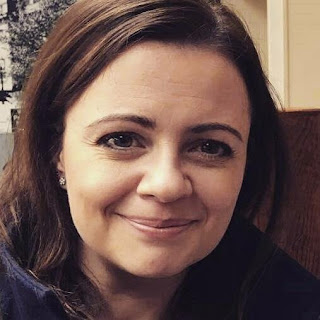 Today I am very excited to share a book review with you guys - of Cary's Bray's wonderful new novel The Museum of You. I was asked to participate in the blog tour, where I got to interview Carys Bray, which you can check out here.

I was excited when Carys herself offered to send me a proof copy of her brand new novel in exchange for an honest review. I was expecting very good things when I picked it up, and safe to say I was not disappointed. The Museum of You is a novel about family, memories and the cracks in between. It is a novel about secrets and the danger in keeping them, and what happens when memories invade the present and alter the past irrevocably, changing everything in its wake.

Intrigued to find out more? Check out the blurb here...


Clover Quinn was a surprise. She used to imagine she was the good kind, now she’s not sure. She’d like to ask Dad about it, but growing up in the saddest chapter of someone else’s story is difficult. She tries not to skate on the thin ice of his memories.

Darren has done his best. He's studied his daughter like a seismologist on the lookout for waves and surrounded her with everything she might want - everything he can think of, at least - to be happy.

What Clover wants is answers. This summer, she thinks she can find them in the second bedroom, which is full of her mother's belongings. Volume isn't important, what she is looking for is essence; the undiluted bits: a collection of things that will tell the full story of her mother, her father and who she is going to be.

But what you find depends on what you're searching for.

After I read the blurb I was drawn in immediately to the story, and wanted to find out the mysteries and secrets that lay at the heart of it. Ever since reading To Kill A Mockingbird I have also loved stories narrated by children - young narrators always allow for a sense of innocence, authenticity and tenderness in the story. Luckily, this is exactly the kind of reading experience I got from Clover Quinn. Clover is the twelve year old daughter of Darren - a man broken by the tragic death of his wife and the events that led up to it. He is consumed with guilt and the feelings of inadequacy when it comes to bringing up his daughter.

What results from this complex relationship is a beautifully and sensitively crafted story with unforgettable characters and a reminder of what it was like to be young and feel the whole world's secrets pressing down upon your shoulders. 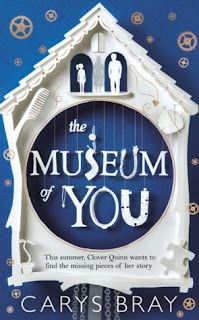 Carys Bray is undoubtedly one of the most accomplished writers of modern family life that the UK and the rest of the world has ever seen. Bray writes with such tenacity and clarity that you find yourself getting lost in the words and the stories of the characters she presents to you. The physiological depth she bestows upon the characters is admirable and for the majority of the book I truly felt like I was in Clover and Darren's minds - which led to a deeper empathy and understanding of their feelings and intentions. As for the character's voices - they were so authentic and compelling and the exchanges between the different characters were so real.

I loved all of the characters, particularly how they were all so different and original. I loved Clover's relationship with her grandad and her Uncle Jim - the scenes between them were heartwarming and achingly realistic. The psychological development of the characters, particularly with Darren, was faultless and Bray left no stone unturned - every aspect of his life was explored and I felt fully invested not only in the story as a whole, but Darren as a character and his intentions behind every thought and action.

The plot itself was intricately developed and there were no holes - I loved the way that Bray kept the reader from knowing the full truth until nearly the end of the book - we were taken on a journey with Clover, and we experienced her discoveries at the same time as she did, which made for an intensely emotional reading experience. In The Museum of You, Bray perfectly captures what it is like to be a child, to want to be an adult, to feel ready for the world and know that the world is not quite ready for you. I also loved the friendship between Clover and Dagmar but if I could suggest anything to be improved I would love to see more of this - I felt like Dagmar could have been more developed as a character, and I would have liked to see Dagmar and her father's relationship compared to that of Clover and Darren's.

Just like in Sweet Home, Carys Bray's writing is intelligent, unique and compelling - emotional storytelling at its best. Quirky phrases such as 'feelings don't line up neatly like Neapolitan ice cream' is just an example of how Bray allows us to get fully drawn into her characters' voices and stories.

Popular references like The Great British Bake Off further developed what was already an accurate, no-frills portrayal of modern family life, and throughout the book (just like in Sweet Home) Bray accurately illustrates the simple intricacies of what life is like for normal people - delving into the complex relationships between family members. The Museum of You is an unflinchingly accurate portrayal of humanity at its most stripped-back and vulnerable.

Overall, I think it is pretty clear that I adored The Museum of You, and if you haven't discovered Carys Bray's writing yet, I think you definitely should check her out.