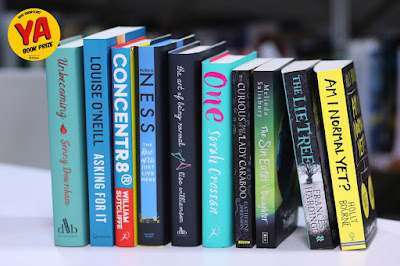 Hello readers, and happy Tuesday! Today, as promised, I am going to be giving you a write-up of the YA Book Prize winner announcement ceremony, which this was held at the Hay Festival! Compared to the YA Book Prize winner announcement that I attended last year at Foyles Charing Cross, I thought that this was a much better event; it was open to the public so that young fans could attend, and you could find out a lot more about the authors and their books because they all got five minutes or so to speak to the crowd. Also, the announcement was held at the Starlight Stage venue, which is so beautiful!

Charlotte Eyre, the Children's Editor at The Bookseller and chair of the YA Book Prize introduced the event, and welcomed Malorie Blackman, the ex- Children's Laureate, who chaired the event. The first award that was presented was the Special Achievement Award, which was awarded to Melvin Burgess, author of Junk, a book that was dubbed 'dangerous' at the time of its publication and which transformed the YA genre irrevocably. If you don't believe me, check out this quote from the book...

Blackman said that Burgess has been instrumental in her own writing, and that his work had transformed YA literature. Although Burgess was one of the very early runners in the YA game, it is undeniable that the genre hasn't been the same ever since.

Then it was time for the author introductions. First up was Holly Bourne, author of Am I Normal Yet?, a story about gender and mental health. Bourne said that the best way for her to explain what her book was about was to read an excerpt - page 91 - which she said was the page people tweet about and Instagram pictures of. After listening to Bourne read this, I wanted to run straight out of the Starlight Stage and pick up a copy - it was seriously that good. 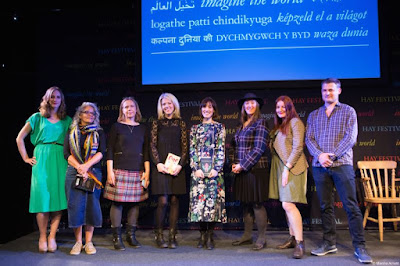 Next up was Sarah Crossan, author of One, a story written in verse about conjoined twins Tippi and Grace. Crossan said that she was inspired by the BBC documentary 'Joined For Life' and was fascinated by the portrayal of the strikingly normal lives of Abby and Brittany Hensel (conjoined twins living in Minnesota, USA). Crossan spoke about her writing process - she undertook research by reading medical records in the British Library - and about how she changed her mind about what she wanted her book to be about - sisterhood, loyalty, and the special bond shared between Tippi and Grace.

Jenny Downham spoke next about her book: Unbecoming. It took her four and a half years to write it, and it is a book with many meanings - it is about drugs, sex and alcohol, identity, and a family full of secrets. Downham said that Unbecoming is accidentally based on real life and it is about families because we all have one.

Next, Frances Hardinge spoke about her Victorian gothic murder mystery: The Lie Tree. She described her protagonist, Faith, as smart, hungrily intelligent and curious. The book definitely has a feminist aspect to it as Victorian patriarchal society doesn't attribute much to its females, however Faith makes use of the resources available to her and spies, snoops and eavesdrops her way to solving her father's murder. Hardinge also read an excerpt of her book, which sounded amazing. I can't wait to read it! 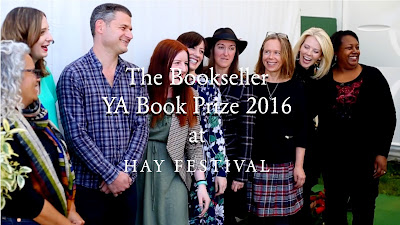 Catherine Johnson spoke about her book The Curious Tale of the Lady Caraboo, which is based on a true story - described as 'the ultimate historical hustle, steeped in delectable romance'.  Johnson read the distressing opening and explained that the opening is a trigger for the rest of the story. This was the book on the shortlist I was the least familiar with, but it sounded like a beautifully written, decadent and gritty historical novel, and I cannot wait to pick it up.

Unfortunately Patrick Ness (The Rest of Us Just Live Here) and Louise O' Neil (Asking For It) couldn't be at the ceremony, however we were shown video links where they spoke very highly of the shortlist and gave a bit of background information to their own books on the shortlist. Patrick Ness praised the 'cracking shortlist' and said that now is 'a lucky time to be a YA reader'. Louise O' Neil also praised the Prize for being so well run and supported, and said that the 2016 shortlist contains her most favourite books of the past two years. O' Neil admitted that she hadn't been sure of how Asking For It would be received, but she was very grateful for the emotional support she has been given since its publication.

Next up was Melinda Salisbury, author of The Sin Eater's Daughter. Salisbury spoke about her childhood, and the fact that she grew up with no books in the house, and read the back of sauce bottles. Then she discovered the local library, and that was the beginning of everything - she also named J.K Rowling as her inspiration. Salisbury described The Sin Eater's Daughter as a fairytale, a retelling of Rapunzel, where her protagonist has to learn how to trust herself in the face of danger. Salisbury also gave credit to the daring, explorative YA scene that is just getting bigger and better. 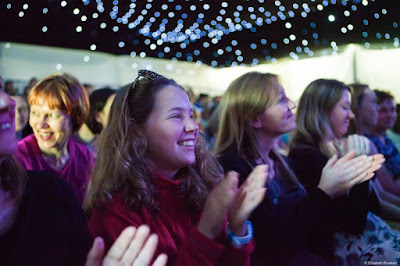 Then William Sutcliffe spoke about his (seventh!) book Concentr8 - a dystopian novel about the government paying parents to drug their children to keep them in line. Sutcliffe described as this scenario as being closer to reality than one might think - in a Q&A he described Concentr8 as 'a satire on the ADHD epidemic, and on our society’s belief that we should medicate away all non-normative behaviour'. Sutcliffe also described some of the inspiration behind the book, such as his work as a mentor after he was attacked on the streets. The boy Sutcliffe mentored is who the book is dedicated to.

The final author was Lisa Williamson, author of The Art of Being Normal - a book about friendship, gender identity, and growing up having to keep the most important of secrets. Williamson describes her inspiration for writing the book - for many years she worked in the NHS helping teenagers who were struggling with their gender identity. She couldn't stand it that these kids didn't have their stories put into books, and she said that to an extent The Art of Being Normal was a well-timed book as the representation of transgendered people improved. Williamson stated that young people are open-minded and inquisitive - which is entirely reflective of the books in the YA Book Prize shortlist. 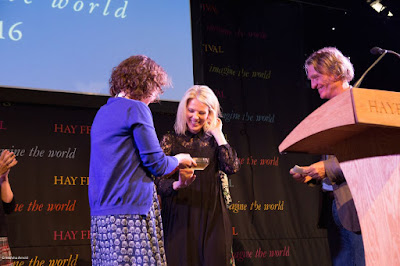 Next all the authors gave their book recommendations to the young people in the audience, and were asked what they would say to people (because there are quite a lot of them!) who say that YA novels aren't proper books. I think it is worth noting down their responses, just in case any of you readers face questions like this in the future...

Jenny Downham - "Statements like that patronise YA readers as well as YA authors. YA books make dark subjects accessible. YA books are about possibilities, and emit a rawness that are not in adult books. YA also encourages people to write."

And speaking of writing, how about some writing advice from Holly Bourne and Sarah Crossan?

Sarah Crossan - "I just want to write a good story... that's what people want to read." 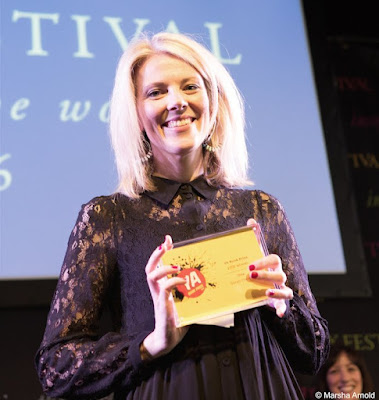 And after some audience questions, Malorie Blackman made the winner announcement. Unless you have been living under a rock, I think you'll be aware that the glorious winner was the wonderful Sarah Crossan! A very worthy winner.

I hope you all have enjoyed this write-up of a very special event. If you've read any of the books on the shortlist, please let me know in the comments!

Also coming up soon is a write-up of Malorie Blackman's event at Hay! Keep an eye out for that :)

Also check out my interview with the lovely Sarah Crossan, here.


*IMAGES FROM THE BOOKSELLER WEBSITE*
Posted by Alix Long at Tuesday, June 28, 2016