Hello readers, and happy Monday! I hope you all had a lovely weekend of reading, writing and hanging out with your loved ones. 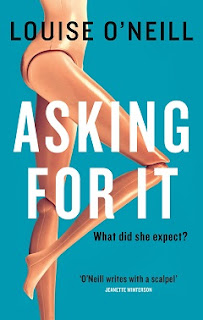 Today I am excited to share a book review with you - I feel like I am the only blogger who has not reviewed this book yet, but hey, I'm reviewing it now. I guess it's just taken me a while to get my thoughts together to talk meaningfully about this brave, important book. I think that the fact that Asking For It has been on the bestseller list for over 10 months speaks volumes about how much this book means to so many different people - of all ages, races and religions. Asking For It is a book that speaks universally and importantly about the rape culture that is polluting our society, and the consequences that follow from the warped belief that rape can be stopped if the victim of rape can change their behaviour or action.

I don't normally review books on my blog that I bought myself but I thought this was too important a message to not include on my blog.

Asking For It follows Emma - an eighteen year old girl from a tiny town in Ireland - who is beginning her summer with hope - hoping to have fun, to hang out with her friends, to enjoy the summer like any other eighteen year old with the world at her feet.

You only have to read the blurb of the book to know that this hope is fleeting and insubstantial. In fact, this is a book about hopelessness, and how Emma's story is not only disgustingly believable, but in fact horrendously true, as shown by O' Neil's research in Rape Crisis centres prior to writing this book.

It's the beginning of the summer in a small town in Ireland. Emma O'Donovan is eighteen years old, beautiful, happy, confident. One night, there's a party. Everyone is there. All eyes are on Emma.

The next morning, she wakes on the front porch of her house. She can't remember what happened, she doesn't know how she got there. She doesn't know why she's in pain. But everyone else does.

Photographs taken at the party show, in explicit detail, what happened to Emma that night. But sometimes people don't want to believe what is right in front of them, especially when the truth concerns the town's heroes... 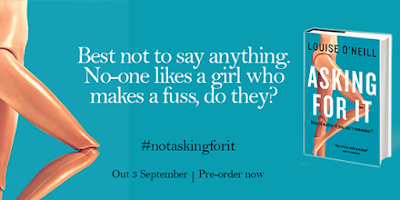 Jeanette Winterson blurbed the book as 'O' Neil writes with a scalpel', and this much is certainly true. The story was narrated in first-person by Emma, which made for an incredibly haunting, emotionally-intense reading experience. I am so glad O' Neil made this decision. It drove home the message that these girls, these victims of these vicious and unforgivable assaults, need to be listened to, their stories need to be told, their voices need to be heard as loud as those who protest against them. The writing style was as cutting, hurt and fractured as the story that was being told. I found it extremely powerful and I think that is the reason why I managed to read the book in one day - it was, in a word, unputdownable.

There were so many lines that I underlined and haunted my thoughts weeks after I had turned the last page. However, I think this one stood out for me, mainly because it is so awfully and painfully true in so many rape cases, and also because it sums the book and O' Neil's message up perfectly.

"They are all innocent until proven guilty. But not me. I am a liar until I am proven honest." 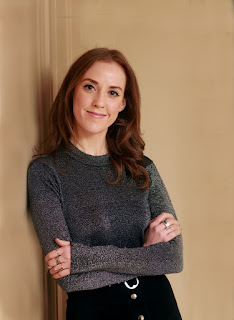 Asking For It made me wince, it made me angry, it made me intensely upset. And this wasn't just because of the desperateness of Emma's story, or the consuming way it was written. Asking For It made me upset because I saw the book as being a relaying of more fact than fiction. Emma's story is the story of countless women - young and old, wealthy or not, from all religions and cultures. Emma's story is the universal story showing the destructive and life-ruining rape culture that is such a prevalent yet unspoken feature of this supposedly modern society - particuarly one that is so heavily rooted in social media - which importantly plays a huge part in Asking For It. Because not only does Emma have to deal with what happened to her that night at the party, but she also has to deal with the fact that images of her assault appear all over social media and have been seen by certainly everyone in her town - including her parents, teachers and older brother.

O' Neil's Asking For It is therefore not only essential reading, but exceedingly relevant writing that resonates through our society and speaks to the generation that arguably needs this book the most. Girls growing up now more than ever need books like Asking For It to tell them that they should not be valued by their bodies like slabs of meat, and should not settle for being treated as such. 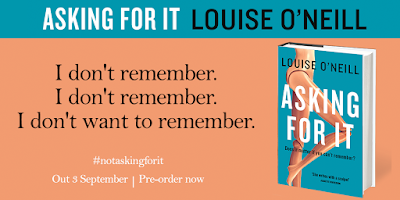 The characters in Asking For It had such psychological depth - I felt as if I was reading about real people. Such a broad range of characters were presented to the reader, as if to emphasise the astonishing amount and breadth of prejudice and victim-blaming that occurs in rape cases like Emma's. They brought the story to life and hit home the message that often victims have nowhere safe to turn, and end up either retracting their statements and not pressing chargers against their attackers or living the rest of their lives in self-denial that they were never raped at all.

Asking For It doesn't have a happy ending; O' Neil truthfully and with reverence towards those countless victims of sexual violence portrays the reality of the situation at hand, the reality of the lives of countless women who have to live their lives under the shadow of abuse they have suffered under the nonchalance of a society that happily and without shame places blame at the victims' doors. The society that tells women:

If you haven't read this book already, please, please read it.

I am unsure how to finish this book review, so I will leave you with the words of Louise O' Neil to sum up basically what I'm trying to say...

“We teach our girls how not to get raped with a sense of doom, a sense that we are fighting a losing battle. When I was writing this novel, friend after friend came to me telling me of something that had happened to them. A hand up their skirt, a boy who wouldn’t take no for an answer, a night where they were too drunk to give consent but they think it was taken from them anyway. We shared these stories with one another and it was as if we were discussing some essential part of being a woman, like period cramps or contraceptives. Every woman or girl who told me these stories had one thing in common: shame. ‘I was drunk . . . I brought him back to my house . . . I fell asleep at that party . . . I froze and I didn’t tell him to stop . . .’ My fault. My fault. My fault. When I asked these women if they had reported what had happened to the police, only one out of twenty women said yes. The others looked at me and said, ‘No. How could I have proved it? Who would have believed me?’ And I didn’t have any answer for that.”