Hey guys, and happy Friday! Today I am so excited to be bringing you another book review, this time of Songs By Dead Girls by Lesley Kelly, a brilliant crime thriller that will keep you hooked right from the first page until the last. 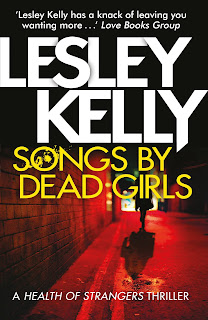 Songs By Dead Girls is set in post-viral Edinburgh, a world that is charged with darkness and permeated with crime. But no job is too hard for the North Edinburgh Health Enforcement Team, and their work often leads them to deal with the most unsavoury of people. But their latest case is way more complicated than they previously believed, and they suddenly find themselves in a volatile situation concerning a dangerous drug baron, a prostitute on the run and an academic whose life is in grave danger. But this is all part of the job, right?

I was kindly sent Songs By Dead Girls by Ruth Killick Publicity on behalf of Sandstone Press.

'Bernard wrenched open the door and ran back out to Carole, horrified to see her face was pouring with blood.'

A deadly Virus. A missing academic with a head full of secrets that could embarrass the government. A prostitute on the run. And a music-loving drug baron who needs a favour.

All in a day’s work for the North Edinburgh Health Enforcement Team.

Having not read the first book in the series, I wasn't sure if I would thoroughly enjoy this, having not had the background to this world the first book would provide me with. However, right from the first page I was completely swept into this world - a world where people live in constant fear and suspicion of the people around them. I haven't read a crime novel in absolutely ages and this one was a great place to start in terms of getting me back into the genre. 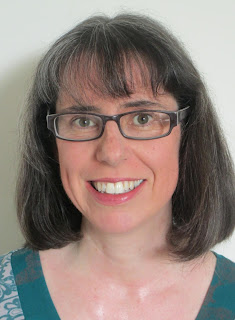 As with any good crime novel, I enjoyed the balance between mystery and humour - all of the characters bounced really well off each other and the dynamic between them all was brilliant. The characters were so divisive and realistic as to what I would expect them to be like, in a job like the HET. The sharp wit of the dialogue definitely pushed the book forward and make it altogether very enjoyable to read.

I think the book was structured really well and there were plenty of moments that had me impatiently turning over the next page to find out what had happened. There was a distinct sense of danger running throughout the book, that drove the plot forward and made me need to read the next book as soon as possible! Kelly's writing is very fresh and dynamic and she paints characters so brilliantly and realistically.

Altogether, I thoroughly enjoyed Songs By Dead Girls, and will definitely be checking out more of Kelly's writing!

Check out my post for the Songs By Dead Girls blog tour, where Lesley Kelly appeared on my blog to talk about the Spanish flu outbreak back in 1918, and how it influenced the writing of this brilliant book.