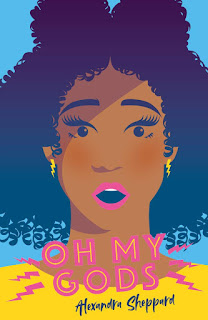 Hey guys, and happy Saturday! Today I am thrilled to be taking part in the Oh My Gods blog tour celebrating Alexandra Sheppard's amazing new YA novel. This is such a brilliantly written, heartwarming and hilarious book and if you haven't read it already, what are you waiting for?!

Oh My Gods follows Helen Thomas, who is in pretty much every respect a normal teenager, spending her time hanging out with friends, texting boys and worrying about her exams. There is however, one exception: Helen's family are all Greek gods, and Helen herself is only half-human. And this doesn't come without its problems. If her family blow her cover, a dreadful fate awaits them. Will Helen's family be able to control their craziness for their own, and Helen's sake?

Life as a half-mortal teenager should be epic.
But, for Helen Thomas, it's tragic.

She's just moved in with her dorky dad and self-absorbed older siblings - who happen to be the ancient Greek gods, living incognito in London!

She needs to rein in her chaotic family before they blow their cover AND her chances at a half-normal social life.

Or is Helen fated for an embarrassment of mythical proportions?

And today I am so happy to have Alexandra Sheppard on my blog, with her four favourite families in fiction! As one of five siblings and with enough step-parents, aunties and cousins to fill a coach, my family has certainly shaped the person who I am today. But that relationship wasn’t always easy. After a vicious squabble with my sisters over my favourite strappy top/Destiny’s Child CD/eyeshadow palette, I would long for a family that wasn’t quite so….much.

Getting to know literary families - the ones that were close, loud and over the top - was a revelation to me. It wasn’t just me who had an acutely embarrassing Dad or a little sister with a life-ruining streak (she smuggled my top-secret diary to the cute boys next door - I will never forgive that particular indiscretion).

Here are a few of my favourite books that capture messily imperfect family life:

I Capture the Castle by Dodie Smith

Set in the 1930s, this novel is the diary of precocious teenager Cassandra Mortmain. She captures the change in fortune of her impoverished, eccentric family when they become friendly with a pair of wealthy brothers from America. There is much to love about this book - the crumbling castle setting, the portrayal of first love - but Cassandra’s family are the stand-out stars. Her stepmother Topaz’ stories of being a muse in her heyday are particularly charming.

This is one of my very favourite books, and the perfect summer read. I revisit it every year. 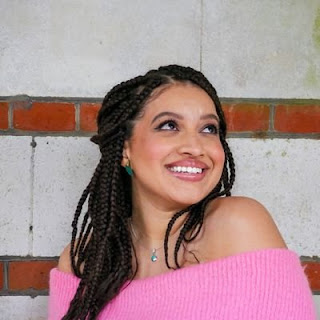 The book focuses on two families - the Jones’ and the Iqbals - following their intertwining fates since World War II. It explores what happens when the sins of the fathers are visited upon their children (and grandchildren), and the ways in which different generations struggle to understand one another. Despite the heavy-sounding description, there are few books that make me laugh as much as this sprawling, multi-generational novel.

To All The Boys I’ve Loved Before by Jenny Han

As one of five daughters, I totally related to the close bond between the Covey sisters - and how that bond can be intense in more ways than one. Though it’s firmly a romance story (and a brilliant one at that - is there a more perfect YA boy than Peter Kavinsky?), Han finds ample space to explore the complexity of sisterly relationships.


Georgia Nicolson’s antics have had me snorting with laughter since I was thirteen. I don’t think I will ever stop finding this book series utterly hilarious. Georgia is very much the star of the show but her family (including her bonkers baby sister Libby and Angus the wildcat) is the cringe-making icing on the cake. Uncle Eddie, with his ancient motorbike and awful one-liners, was a particular favourite.

Thank you so much, Alexandra Sheppard, for appearing on my blog! Make sure you guys check out the rest of the posts on the blog tour :)

Check out my review of Oh My Gods here: http://delightfulbookreviews.blogspot.com/2019/01/book-review-oh-my-gods-by-alexandra.html