Hello readers, and happy Tuesday! Today I am very happy to share with you yet another book review (aren't I getting through my TBR quickly ;) ), this time of Tom Anderson's wonderful YA fantasy novel, Luca, Son of the Morning. This novel is part of Accent Press' new YA imprint, which launched a few months ago, delivering fresh new voices to the ever-evolving genre which is YA.

I was lucky enough to receive a copy of Luca, Son of the Morning at London Book Fair, (and also get my copy signed by the author!) in exchange for an honest review. 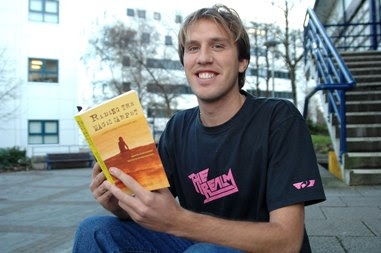 Luca, Son of the Morning is a beautiful novel about Luca, a fifteen year old who desperately wants more. More than coming home to his parents drinking rum and listening to pounding music while he tries (and fails) to sleep. More with Gaby, the best friend who he isn't allowed to speak with in school, and yet is hopelessly in love with. More than the endless taunts he receives at school from kids who don't know the first thing about him.

To escape the hopeless dreariness of his day-to-day life, Luca finds solace in Reggae music and the beach, which he often wanders alone, in the dead of night, letting the silence and darkness engulf him. He's always alone - except one night, he isn't. Luca watches as ghostlike figures emerge out of the sea and walk across the sand. One night, one of them beckons him. Luca follows. After that, he is well-aware that his life may not ever be the same again.

The water is warm … but can you be in too deep?

Luca loves reggae, hates his parents’ rum habit, and wishes his dad could get a proper job. He also loves Gaby (though he’d never admit it to her face) so upsetting her is enough to push him into a dark place. Retreating to the local beach, as he always does when he can’t sleep, watching the waves gives his life some sort of rhythm.

One night, as he lets the tide lull him, a group of figures emerge from the water and walk past him, unseeing. Spellbound by these impossible sea-men, Luca holds nightly vigils at the beach. Until one night the sailors beckon him to follow them back into the sea…

For fans of Mark Haddon and Neil Gaiman, Luca, Son of the Morning is a haunting book about imagination, delusion and the grey places in between.

I thoroughly enjoyed Luca, Son of the Morning - it is a beautifully-written, haunting, creatively-crafted book that pulls you in from the start and doesn't let you go until the very last page. I loved the way that it was a etheral fantasy novel set in a small,ordinary town in Wales, and laced with important issues such as mental health, bullying and friendship. Anderson packed warmth, colour and passionate storytelling into this book, which captivated me and allowed me to explore the very depths and dangers of imagination. 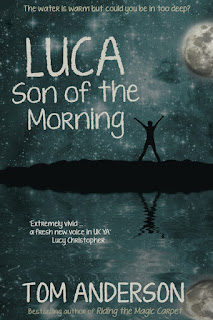 I found Luca to be an incredibly convincing and unique protagonist, and I loved that the story was told from his perspective in first person. I was sucked into his world and felt all of his emotions and frustrations keenly. A lot of novels (particularly YA) told in the first person can feel somewhat 'moany' and overly indulgent in the feelings of the protagonist but Anderson perfectly balanced Luca's thoughts with the action of the plot. I felt like I understood Luca really well as a character, and this kept me engaged throughout as I cared immensely about how things worked out for him.

The setting was beautifully described by Anderson and I could imagine each scene so vividly in my head; I particularly enjoyed the scenes on the beach where I could virtually taste the salt whipping around in the air. The language was intricately detailed and delightfully vivid, which gave meaning to the premise of the book - how imagination can allow us to feel swept out of our world and into another.

I thought that Gaby was really well written in a complex and intriguing way. Anderson held back the mystery and allowed us to feel like Luca - out of our depth, berwildered, and wholly enraptured in Gaby. I loved their friendship (though at times I was frustrated by the way Gaby treated it) and I was pleased it wasn't an insta-friendship like you see in so many YA novels. Gaby was intelligent and interesting and a refreshing female character who also happened to be the love interest of the novel. Alix approves.

Luca's relationship with his parents was again, extremely complex and wasn't as simple as the typical YA trope of ugh I'm a moody teenager and my parents don't understand me. I enjoyed reading about the chapters with Luca and his parents and the dialogue exchange was brilliant. I felt like Anderson captured perfectly and realistically a complicated parental/child relationship of equal resentment and love. 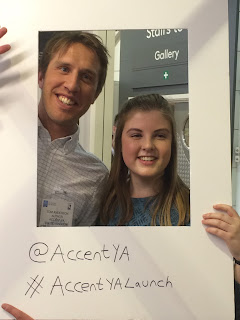 Luca, Son of the Morning was definitely a novel I enjoyed the further I got into it. The reason why this review isn't 5*s is simply because I felt the beginning was too rushed and I was too quickly thrown into the deep end. As a reader I wasn't given time to explore the complexities of Gaby and Luca's relationship, I just had to accept it and read on. I felt like if I had more of an in-depth introduction to Luca's world then I would have enjoyed the beginning the lot more.

I adored the end section of the book and the way in which the mystery was unravelled was so brilliantly done. I really felt for Luca and the way that certain passages were written were so heartbreaking yet beautiful. The end section of the book was definitely when the themes of mental health so brightly shone through, and I thought it was brilliantly and sensitively done. Luca, Son of the Morning is undoubtedly a novel with so many layers, that masks suprises only to be revealed when you can't see the story getting any more mystical.

Overall, I thoroughly enjoyed Luca, Son of the Morning and if you haven't checked out Tom Anderson yet, I would thoroughly recommend that you do!