Hey guys, and happy Tuesday! Today I am really excited to be posting another author interview, this time with the absolutely brilliant Non Pratt! I have been a huge Non fan ever since I read Trouble back in 2015, so today I am thrilled to have her on my blog to chat about her brand new book, Second Best Friend! You can take my word for it, Second Best Friend is one of Non's best books yet - it is so incredibly real and relevant, with such an authentic YA voice.

Jade and Becky are best friends, but when Jade’s ex-boyfriend lets on that everyone thinks Becky is the better of the two, Jade finds herself noticing just how often she comes second to her best friend. There’s nothing Jade is better at than Becky.

So when Jade is voted in as Party Leader ahead of her school’s General Election only to find herself standing against Becky, Jade sees it as a chance to prove herself. If there’s one thing she can win, it’s this election – even if it means losing her best friend.

So without any further ado, here's Non to talk all things Second Best Friend, friendships mixed in with student politics, and why YA is so totally awesome <3 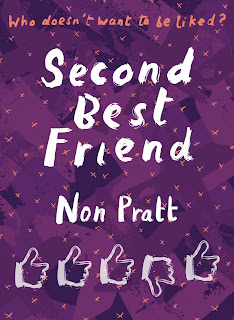 What was the inspiration behind Second Best Friend?

I’m obsessed with friendship novels and I’ve been wanting to write about the less positive side of female friendships for a while. When I read an article in The Pool speculating about Rosamund Pike being content to be number 2 in her career because she was a happy number 1 to all her friends and family, I started thinking about what it would be like to feel like you were second best in your career (or at school) and all your friends and family thought you were second best compared to your best friend.

Tell us a bit more about the main character in the book, Jade. Do you have anything in common with her?

Yes. I frequently put my best friends on a pedestal – I think everything about them is so brilliant and I want to spend all my time with them, but by doing that I’m setting myself up to see myself as inferior. There’s been many times in my life when I’ve experienced some of the things that happen to Jade – someone getting better marks than me in a test, a boyfriend telling me my friend’s prettier, not getting picked for something that really mattered, people always asking where my friend was if I went out without her. Fortunately, when it’s only here and there, it’s a lot easier to handle than when the comparisons seem to pour down like a deluge, drowning the better part of your character and turning you into something you’d rather not be, which is what happens to poor Jade. 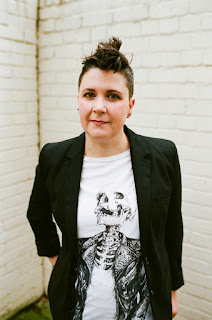 What made you want to write about teenage friendships, particularly in the context of a school election?!

I always want to write about friends. Much as I love romance, I find friendship more varied and tricksy – and important. Having said that, if I wanted to write a novel where I set one friend against another, I didn’t want it to fall into an over-familiar trope of two girls wanting the same guy (or girl), or competing in a beauty pageant. I wanted an arena that gave Jade and Becky a chance to be measured on something more than their looks or their value as a sexual partner – what better way to set them against each other than within a political environment?

My main advice is to write for love – it can be lonely and tiring on both a mental and emotional level at times, why spend your time doing that it if you don’t love it?! The added advantage of writing for love, means that it’s OK to stop sometimes, when it feels too much like a chore. You’re allowed to take a break and come back to it. Also, be patient, especially if you’re a younger writer who feels like time is running away from you. Some writers find their voice quickly, others take time and that’s OK. It’s not a race.

Thank you so much Non, for appearing on my blog!

Keep an eye out for my review of Second Best Friend coming soon...