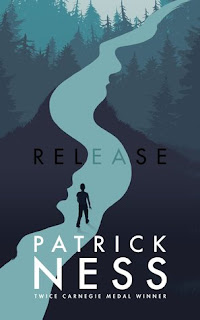 Hey guys, and happy Wednesday! Today I am really excited to share with you a review of a brilliant book I read about two weeks ago. This book has been one of my most eagerly anticipated books of this year, and I requested this as soon as it appeared in my inbox! Unfortunately I had to wait until I got back from uni to tear it out of it's packaging and dive right in... but it was as fabulous as I anticipated so definitely worth the wait!

Release follows a day in the life of seventeen-year-old Adam Thorn, a day that becomes probably the most eventful and monumental day he has experienced in his life so far. It is a day coloured by misfortune, betrayal and heartache, but also a day where Adam realises the strength of the tie of friendship and how, even on the darkest of days, it can stop you from drowning when there is nothing else holding you up.

Inspired by Mrs Dalloway and Judy Blume's Forever, Release is one day in the life of Adam Thorn, 17. It's a big day. Things go wrong. It's intense, and all the while, weirdness approaches...

Adam Thorn is having what will turn out to be the most unsettling, difficult day of his life, with relationships fracturing, a harrowing incident at work, and a showdown between this gay teen and his preacher father that changes everything. It's a day of confrontation, running, sex, love, heartbreak, and maybe, just maybe, hope. He won't come out of it unchanged. And all the while, lurking at the edges of the story, something extraordinary and unsettling is on a collision course. 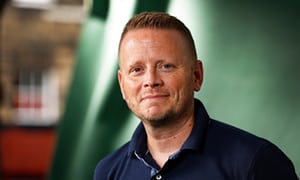 I didn't really know what to expect from this, as the only other Patrick Ness book I have read is More Than This, and I also had mixed feelings when I read Mrs. Dalloway, however this book completely and utterly blew me away. There is something thoroughly magical about Ness' writing. The book hooked me in from the very first page and I felt compelled to keep reading until the very last page. And it's not only the writing, but the storyline is also irresistible. The book as an entirety is not only an absolute joy to read but is urgent and almost demands to be read. Release is the perfect cocktail of an enjoyable story with fantastic characters, mixed in with important issues such as friendship, acceptance, religion and LGBTQ* issues, and the ways in which people are discriminated against.

Adam Thorn's story was hard-hitting and beautifully and sensitively written, and also made me extremely angry. The furious plight of a teenage boy to be accepted, in a situation where he shouldn't have to be fighting for it, was hard to read, but it is also important to read about these situations as they are anything but fictitious. 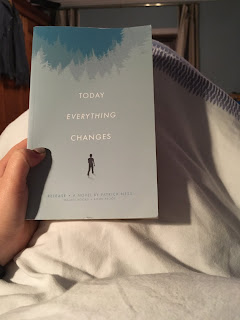 I loved the portrayal of the friendship between Adam and Angela. Not a lot of YA focuses on the absolute essentiality of teenage friendship, and Patrick Ness illustrated this friendship perfectly. Angela was shown to be the person who Adam could talk about absolutely anything with, without fear of judgement or indifference. Angela was such a fantastic character and I could read a whole book about her.

I know a lot of reviewers have been unimpressed with the magical realism side story, but I loved it. Of course, I think Release still would have made sense and been a great book without it, however it was a great way to add an otherworldly element into the story, and to also show another case of a toxic relationship, much like Adam's relationship with his parents, and his parents' toxic relationship with their religion. I really enjoyed this intermission between the chapters detailing Adam's story, and I'm very glad Ness chose to include it. I think magical realism very much suits his writing style.

Overall, I adored Release and it has made me want to go and pick up all of Ness' other books immediately! If you enjoy YA, LGBTQ* books, and Patrick Ness' other work I would highly recommend that you check this book out.