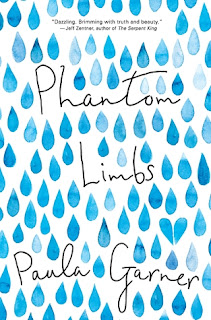 Hey guys, and happy Friday! Today I am excited to share a review of a book with you I read over my Easter holidays, and absolutely adored. It was one of those books that, once I picked it up, I couldn’t stop reading it! It held me captive from the very first page, and didn’t let me go until I had closed the cover.

Of course, this novel is none other than Phantom Limbs by Paula Garner! If you’ve read this book you will understand why this book enraptured me so much. I was kindly sent Phantom Limbs by Walker Books in exchange for an honest review.

Phantom Limbs follows Otis – a keen swimmer, floating through the awkwardness of his adolescent years, missing his once best friend Meg and his deceased younger brother, Mason. Otis is under the control of Dara, who is coaching him for the Olympics, however things begin to unravel when Meg expectantly moves back to town. Suddenly, everything that Otis has known for the past three years is thrown up in the air – and he thinks he can never be the same Otis again.

How do you move on from an irreplaceable loss? In a poignant debut, a sixteen-year-old boy must learn to swim against an undercurrent of grief—or be swept away by it.

Otis and Meg were inseparable until her family abruptly moved away after the terrible accident that left Otis’s little brother dead and both of their families changed forever. Since then, it’s been three years of radio silence, during which time Otis has become the unlikely protégé of eighteen-year-old Dara—part drill sergeant, part friend—who’s hell-bent on transforming Otis into the Olympic swimmer she can no longer be. But when Otis learns that Meg is coming back to town, he must face some difficult truths about the girl he’s never forgotten and the brother he’s never stopped grieving. As it becomes achingly clear that he and Meg are not the same people they were, Otis must decide what to hold on to and what to leave behind. Quietly affecting, this compulsively readable debut novel captures all the confusion, heartbreak, and fragile hope of three teens struggling to accept profound absences in their lives.

As soon as I read the first page of Phantom Limbs I knew it was a book I would devour in a mere couple of days. I was completely swept up in the writing – it was humorous, heartfelt and overwhelmingly honest. Otis is such a wonderful character and entirely believable, and I was rooting in his corner the whole way throughout the book. All the characters in this book jumped out from the pages right into my heart – my favourites were Otis, Dara and Meg – even through sometimes she infuriated me so much that I wanted to scream into the book (not recommended – people will think you’re crazy). All of the characters and the situations they found themselves in were so relatable and realistic – Garner has a knack at writing teenagers, for teenagers.

There were so many layers to this book – it was something I could lose myself in and was the perfect holiday novel, but Garner also touched upon so many important issues that are vital for people, especially young people, to read about. Grief, relationships, sexuality, disability and mental health are all delicately and brilliantly handled - I didn't felt patronised as a reader, and really appreciated this insight I received into the characters' minds. 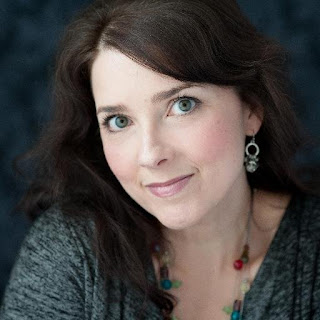 Phantom Limbs is a book that is desperately sad, but leaves the reader with a distinct sense of hope for the future - that is not cheesy and hard working. This is an intensely realistic book that portrays life as it is - all with it's knocks and bumps and jolts along the way. Garner shows us that life isn't always perfect, but when things go wrong, there is always a happiness to be found in something.

Garner's writing is fresh, invigorating and magnificent - this is about as good as YA gets. This is an extraordinary debut, and I can't wait to see what Paula Garner writes next <3

I adored Phantom Limbs, and I'm sure you will too! Rush out to your nearest bookshop and grab a copy, or click the link below.