Hey guys, and happy Saturday! Sorry I've been a bit quiet for the last few days but I am very happy to announce that I have officially finished semester one of my second year! I have handed in my essays, my creative writing portfolio and completed my exams! I now have a week of sleep and books and cake...

Today I would like to kick things off with a review of a fantastic book, that has received praise from bloggers and authors and, basically, just about everyone. I was lucky enough to receive a proof copy from Walker Books, so thank you very much for sending Wing Jones to me!

Wing Jones follows fifteen-year-old Wing, who has grown up with a mother, two grandmothers and a brother who is, undoubtedly the star of the family: Marcus, a high school football star destined for a scholarship from a top college. Whilst Marcus is charismatic, popular and good-looking, Wing has never really felt like she fits in. When the unimaginable happens, Wing finds a way to get through it, and this just happens to be the one thing that gives her power.

Jandy Nelson meets Friday Night Lights: a sweeping story about love and family from an exceptional new voice in YA. With a grandmother from China and another from Ghana, fifteen-year-old Wing Jones is often caught between worlds. But when tragedy strikes, Wing discovers a talent for running she never knew she had. Wing's speed could bring her family everything it needs. It could also stop Wing getting the one thing she wants. 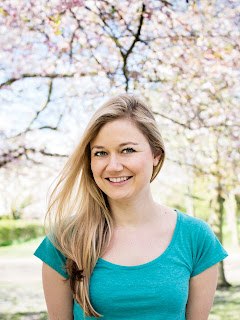 To put it simply, I adored Wing Jones. It was everything I could have wished for in a YA contemporary novel: humour, warmth, and above all, a whole lot of heart. Even from the first page I fell in love with Wing's distinctive and vivid narrative voice. Webber's writing is so fresh and new and relevant for reader's today, and to be honest I think we all need a book like this right now - one which can lift the spirits and make you feel like you can do anything!

Some parts were heart-warming, others funny and some utterly heart-breaking. I did actually cry at some points, which is rare for me when reading a book! However, the book in itself was such a moving experience and the way Webber wrote the story was so realistic. I felt as if Wing was sitting next to me, telling me the story in real life.

I loved how diverse Wing Jones is, and to be honest I don't think I've read a book before where there is only one main character who is white. This is what made the book so particularly refreshing to me, along with the fact that there was a same-sex relationship and also the bringing together of various different cultures. The book was so fresh and imaginative and it was honestly unlike any YA novel I had read before. 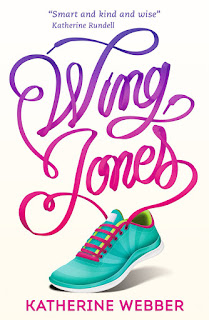 The characterisation was probably the best bit about Wing Jones and I loved every single character, they were so believable and realistic. My favourite characters were Wing (obviously), Monica, Aaron and Wing's grandmothers. They peppered every page with warmth and brilliance and I could read a hundred books featuring these characters.

Above everything, Wing Jones touches on a load of important issues that are, unfortunately, still relevant today. Wing Jones is about race, bullying, feminism, and self-confidence in young women. Wing, although at first doubtful of her abilities, eventually learns to believe in herself and realises she can achieve anything she puts her mind to. I think Wing could inspire a whole generation of young girls and boys to never stop believing in themselves and aspire to whatever their dreams are, no matter how huge the obstacles are that stand in their way.

Overall, I adored Wing Jones, and I'm sure you will too! It is the perfect book for everyone, of any age! Don't miss out, order it online or run to your nearest bookshop.


Keep your eyes peeled for my spot on the Wing Jones blog tour coming soon!