Hello readers, and happy Tuesday! Today I am very excited to be able to share with you a review of Caramel Hearts by E.R. Murray, published last month by Alma Books. I met a few of the people from Alma Books at London Book Fair and they very kindly offered to send me some of their YA and children's summer titles to review! I jumped at the chance as I love reading books from interesting and unique publishing houses, as they always seem to publish the most special and intriguing books. 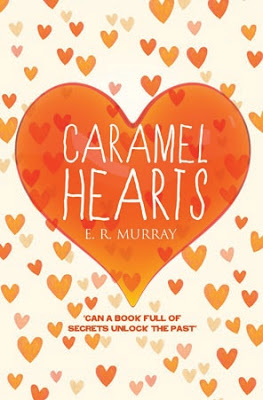 There will be a few Alma Books reviews coming up in the next few weeks, so keep an eye out!

But first things first, I am going to share my thoughts with you about YA contemporary novel, Caramel Hearts, written by E.R Murray. Caramel Hearts follows the life of fourteen year old Liv who lives with her sister Hatty and, when she sporadically returns from therapy, her alcoholic mother. Liv has never met her father, and blames herself for his leaving the family home, as her mother so often reminds her it was her fault. One day, when Liv discovers a recipe book written by a younger and happier version of her mother, she thinks she knows just what it takes to stitch her family back together. But just like any fourteen year old, Liv faces many dilemmas along the way, and discovers that doing the right thing isn't always as easy as it seems.


Liv Bloom’s life is even more complicated than that of your average fourteen-year-old: her father walked out on the family when she was young, her mother is in a recovery centre for alcoholics, and her older sister is struggling to step into Mum’s shoes. The only person she can turn to is her best friend Sarah, who gets out of scrapes at school and is a constant source of advice and companionship. One day Liv discovers a book of recipes written in her mum’s handwriting, which sets her off on a journey towards self-discovery and reconciliation – but a theft, a love rivalry and a school bully are just some of the many obstacles on the way.

Structured around real cake recipes, Caramel Hearts is a coming-of-age novel about love, disappointment and hope, and discovering the true value of friends and family, no matter how dysfunctional they are.

Sometimes there's nothing better than a good, simple coming-of-age story, and that's what Caramel Hearts undoubtedly is. The character of Liv was realistic, flawed and complex, and I enjoyed her character development throughout the story. At times I found her frustrating and the decisions she made questionable to say the least, however it's definitely important in YA to showcase realistic teenagers and their confused brains, and E.R Murray certainly did this. I also really enjoyed reading about the realistic, imperfect sister relationship between Hatty and Liv. Hatty was a great character and I thought she was really well developed. As a sibling myself I completely understood her frustrations at Liv, especially since she had to come back home from university to look after her younger sister, who happens to be too young to really understand the sacrifice her older sister was making.

I also adored the character of Sarah, and I really wish we could have learned more about her. She was such a good intrinsically good character and I really despised the way that Liv treated her at the beginning of the book. In Caramel Hearts I felt like the bad characters (Maddie, for example) were much more developed than the good characters, which obviously can easily happen, although I wanted much more space in the book to be dedicated to Sarah, Jack and Mrs. Snelling. Mrs. Snelling's dead son was mentioned in passing, and I thought it would be much more interesting for the story if he had more of a presence in Liv's moral dilemma. 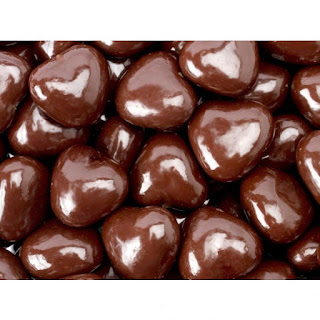 I very much preferred the second half of the book to the first, especially when Liv makes the trip to London. Outside of her small town, I felt like I grew to know her character so much more, when she was stripped away from everything and everyone she knew and was used to. This was a section of the book of real self-discovery, and it drove the story forward brilliantly toward its conclusion.

I really liked the use of narration in the first person, and E.R Murray gave us an in-depth and realistic glance into a teenager's brain. The recipes sandwiched between the chapters helped to build the story and made me hungry every single time I read them! It also gave us a special insight into what Liv was reading, and the kind of person her mum was. I also enjoyed the flashbacks to the weekend that the family spent by the seaside - in these sections in particular the writing was beautifully detailed, eloqent and emotional. I felt as if more flashbacks into the girls' childhood would have given the reader a better insight into the emotions they were feeling, and would have given the reader an emotional depth of understanding into the way the story was unfolding.

Overall, I really enjoyed Caramel Hearts and I would definitely recommend it as a summer read that everyone will enjoy. It is a light and easy read, peppered with discussions of important issues such as growing up, alcoholism and bullying. If you haven't checked out E.R Murray before, I would recommend that you check her out!