Hello readers, and happy Wednesday! Summer has began with a really good reading month in July, and I am very fortunate to have read so many fantastic books. I can't wait for you guys to check out all of my reviews <3 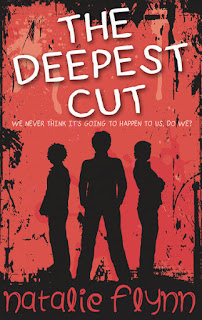 First off, I have for you today a four star review of the wonderful Natalie Flynn's YA novel The Deepest Cut. I was lucky enough to be able to receive a copy from Accent YA at London Book Fair this year, and I couldn't wait to read it. I haven't read a book about knife crime before and it's such an important issue, one that should be spoken more about in young adult fiction, as knife crime is a crime that majorly affects young people, in terms of both the victim and the perpetrator.

The Deepest Cut is a heart-rending novel that follows the aftermath of the murder of Adam's best friend Jake. Adam is in a mental health facility and is stuck in a cycle of self-blame and guilt. He fiercely believes that what happened to Jake was his fault and that no one - his friends, his girlfriend, Jake's mum - will ever forgive him. But as the truth begins to emerge as Adam records the event downs in notebooks, will he find a way to forgive himself and come to terms with the tragedy of his best friend's death?

‘You haven’t said a single word since you’ve been here. Is it on purpose?’ I tried to answer David but I couldn’t … my brain wanted to speak but my throat wouldn’t cooperate…

Adam blames himself for his best friend’s death. After attempting suicide, he is put in the care of a local mental health facility. There, too traumatized to speak, he begins to write notebooks detailing the events leading up to Jake’s murder, trying to understand who is really responsible and cope with how needless it was as a petty argument spiralled out of control and peer pressure took hold.

Sad but unsentimental, this is a moving story of friendship and the aftermath of its destruction. 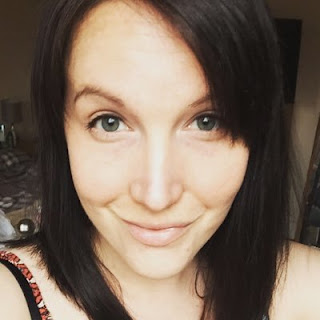 The Deepest Cut was a book that sucked me in from the beginning, and did not let me go until the very last page. Even once I had finished, I couldn't stop thinking about Adam's story and where it all went so wrong. The murder of his best friend Jake was so utterly tragic and devastating, and it could have so easily been avoided. My heart ached as I read Adam's account of the incident and I felt his guilt and regret at what had happened coming through the narration so strongly. I felt that one of the strengths of this novel was undoubtedly Adam's narration of the tale - Flynn made his voice so realistic, eloquent and utterly harrowing.

I sympathised with Adam throughout the entirety of the story and the way that Flynn wrote Adam made me fully understand his every action and thought process. The young people in The Deepest Cut were portrayed so truthfully, and whilst the dialogue was at times not quite right, on the whole the teenagers were portrayed in a way that was both honest and sensitive. The characterisation as a whole was a strength of the book and my favourite characters were undoubtedly Debbie and Jake. There were times when I fiercely hated Adam's father, but he was so well-written and there were so many layers to his character. Complexity in a character is a great thing and makes you enjoy the story so much more. 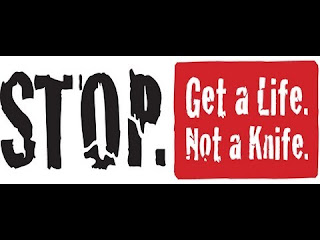 I also adored the way the story was told, and that it began after the incident had happened. This created a feeling of hopelessness and grief, yet at the same time demonstrated the critical and fundamental message that peer pressure should not be taken lightly - it can provoke serious and devastating tragedy and can ruin lives in the process. I enjoyed reading about Adam's life in the mental health facility and learning about the event through the diaries he wrote whilst living there - it included just the right amount of insight, and plenty of honesty and heart. You end up learning so much about Adam that you feel as if he is a real person, relating his story to you candidly over a cup of tea. The plot itself was very well instructed and even though the present and the past were interweaving narratives it was never done in a confusing way.

The Deepest Cut has just about everything you could wish for in a YA novel - heart, urgency and an important issue at the centre. It is also simply a riveting read. It is absolutely essential reading, and I hope as many people pick up this book as possible. It is definitely not one to miss, and Natalie Flynn is surely emerging as one of YA's latest heavyweight. I cannot wait to see what she has in store for us next :)