Hey guys, and happy Friday! Today I am thrilled to be sharing with you a book review of a brilliant YA book I read last month. As soon as I read the blurb for Jeff Zentner's new book, Rayne & Delilah's Midnite Matinee, I knew it would be just my kind of book. I'm happy to say I was not wrong! 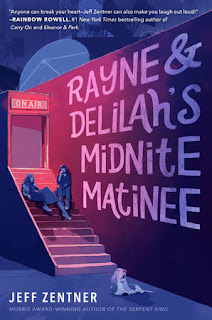 Rayne & Delilah's Midnite Matinee follows best friends Josie & Delia, otherwise known as Rayne Ravenscroft and Delilah Darkwood, as they are on their Friday night local cable television show, where they showcase the very best of the cheesiest, strangest horror movies they can find. No matter what else is going on in their lives, this show is routine. The one thing that will never change. Or so Delia thinks, until Josie is offered a place at college and an internship at a mainstream TV network. To make things even more complicated, there is a boy involved. Can Josie and Delia's friendship survive? Or does the end of the show mean the end of everything? That's how it feels to Delia.

I was kindly sent a review copy by Andersen Press in exchange for an honest review :)

A contemporary novel about two best friends who must make tough decisions about their futures - and the TV show they host - in their senior year of high school.

But with the end of senior year quickly approaching, the girls face tough decisions about their futures. Josie has been dreading graduation, as she tries to decide whether to leave for a big university and chase her dream career in mainstream TV. And Lawson, one of the show's guest performers, a talented MMA fighter with weaknesses for pancakes, fantasy novels, and Josie, is making her tough decision even harder.

Scary movies are the last connection Delia has to her dad, who abandoned the family years ago. If Midnite Matinee becomes a hit, maybe he'll see it and want to be a part of her life again. And maybe Josie will stay with the show instead of leaving her behind, too.

As the tug-of-war between growing up and growing apart tests the bonds of their friendship, Josie and Delia start to realize that an uncertain future can be both monstrous...and momentous.

I looooved this book from beginning to end. I love old horror films that are kinda crappy - but in the best possible way. I love them because they're not bad enough to be unenjoyable and the special effects aren't good enough for them to be properly scary. This book felt like a love letter to these films, and to be honest a love letter to anything that people treasure because it makes them feel a little better about whatever might be going on in their life. For Delia this is exactly the case, and she was so easy to relate to because I'm sure we all have that one thing that may seem dumb or irrelevant to other people, but for us, it's our lifeline. It was this element to the book that just made it so heartwarming and comforting to me.

Rayne & Delilah's Midnite Matinee is so unique yet had the warmth and relatibility of Rainbow Rowell's Fangirl. Like Fangirl, Rayne & Delilah's Midnite Matinee is all about following your passions, however niche, and navigating the sometimes thorny world of friendships and moving into adulthood. The writing was gorgeously conversational and descriptive; I was practically living in Tennessee the two days I spent devouring this book. The characterisation was also particularly strong; my favourite characters were Delia and Arliss, but to be honest the interactions between all the characters were great to read. I looooved the romance in the book (not going into detail because of spoilers) but it was so nice and wholesome and I just wish all YA authors wrote romance like Zentner. 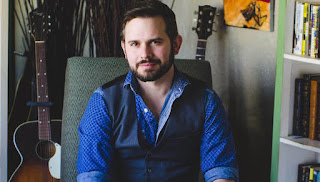 I thought the action that took place near the end of the book was a little ridiculous, and I know other readers struggled with this part, but I was so invested in the story and with these characters that I went along with it. There is so denying that Jeff Zentner is a master storyteller, and can perfectly capture what it feels like to be a teenager when it feels like everything around you is changing, and you'll be the one left behind. The ending of the book was perfection, and I could easily read another hundred books about Josie and Delia.