Hey guys, and happy Thursday! Today I am very excited to be back with my children's book feature, to celebrate the publication of I Swapped My Brother on the Internet by Jo Simmons! This is a hilariously fun read that I think you all will enjoy, great for kids to read by themselves and to be read to as well!


I can get a new brother? On the internet?' Jonny muttered. 'Oh sweet mangoes of heaven!'

Everyone has dreamed of being able to get rid of their brother or sister at one time or another - but for Jonny, the dream is about to become a reality with SiblingSwap.com! What could be better than someone awesome to replace Ted, Jonny's obnoxious older brother.

But finding the perfect brother isn't easy, as Jonny discovers when Sibling Swap sends him a line of increasingly bizarre replacements: first a merboy, then a brother raised by meerkats, and then the ghost of Henry the Eighth! What's coming next?! Suddenly old Ted isn't looking so bad. But can Jonny ever get him back?

A hilarious tale of wish fulfilment gone wrong that every child will relate to - perfect for fans of Pamela Butchart, My Brother is a Superhero and David Baddiel's The Parent Agency.

And here is an extract from chapter one and two which should hopefully get your tastebuds tingling! 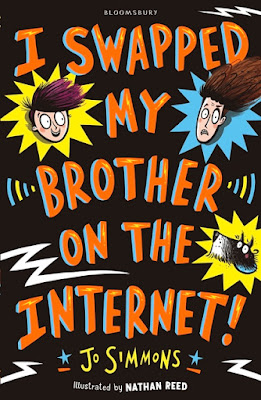 The advert popped up in the corner of the screen. Jonny clicked on it instantly. The Sibling Swap website pinged open, showing smiling brothers and happy sisters, all playing and laughing and having a great time together.

What crazy alternative universe was this? Where were the big brothers teasing their little brothers about being rubbish at climbing and slow at everything? Where were the wedgies and ear flicks? What about the name-calling? This looked like a world Jonny had never experienced, a world in which brothers and sisters actually liked each other!
‘Oh sweet mangoes of heaven!’ Jonny muttered.

It was pretty bonkers, but it was definitely tempting. No, scrap that: it was essential. Jonny couldn’t believe his luck. Just think what Sibling Swap could offer him. A new brother. A better brother. A brother who didn’t put salt in his orange squash, who didn’t call him a human sloth, who didn’t burp in his ear. That kind of brother.

Jonny had to try it. He could always return the new brother if things didn’t work out. It was a no-brainer.


He clicked on the application form. What could go wrong?

Only a little while before Jonny saw the Sibling Swap advert, he and his older brother, Ted, had had a fight. Another fight.

It was a particularly stupid fight, and it had started like all stupid fights do – over something stupid. This time, pants. But not just any pants. The Hanging Pants of Doom.
Jonny and Ted were walking their dog, Widget, on the nearby Common. They arrived at a patch of woodland, where an exception- ally large and colourful pair of men’s pants had been hanging in a tree for ages. These pants had become legendary over the years the brothers had been playing here. There was a horrible glamour about them. The boys were grossed out and slightly scared of them, but could never quite ignore them. And so the pants had become the Hanging Pants of Doom, and now, unfortunately, Jonny had just lobbed Widget’s Frisbee into the tree. It was stuck in a branch, just below the mythical underwear.

Jonny frowned. Two problems presented themselves. One was the fact that the Frisbee was very close to the pants, making the possibility of touching the revolting garment very real. Second, Jonny wasn’t very good at climbing.

‘Go on, Jonny, up you go,’ teased Ted. ‘Widget can’t wait all day for his Frisbee. Climb up and get it ... What’s that? You’re rubbish at climbing? Sorry, what? You would prefer it if I went and got the Frisbee, as I’m truly excellent at climbing?’

‘All RIGHT!’ fumed Jonny, ripping off his jacket. ‘I’ll climb up and get it. Look after my coat.’

‘Thanks!’ said Ted. ‘I might use it as a blanket. You’re so slow, we could be here until midnight.’

‘I’m just taking my time, going carefully. Don’t rush me!’ said Jonny, as he reached for the next branch.

After several minutes, a tiny dog appeared below the tree, followed by its elderly owner, and it began yapping up at Jonny.

‘That’s my brother up there,’ Ted said to the lady, pointing up. ‘He’s thrown his pants into the tree again and has to go and get them.’

The lady squinted up. Her dog continued yip-yapping.

‘Oh yes, I see,’ she said. ‘Well, they’re rather splendid pants, aren’t they? I can see why he wants to get them back. Are those spaceships on them?’

‘Very fetching,’ said the lady. ‘But he shouldn’t throw them into the trees again. A magpie might get them.’

‘That’s what I told him,’ said Ted, trying not to laugh. ‘Sorry, I better go and help or we’ll be here until Christmas. He’s like a human sloth!’

With that, Ted bounced up into the tree, pulling himself quickly up its branches and passing his brother, just as Jonny was within touching distance of the Frisbee.

‘Got it!’ said Ted, snatching the Frisbee and tossing it down to Widget, before swing- ing off a branch and landing neatly on his feet. ‘You can come down now, bro. Unless you really do want to touch the Pants of Doom. You’re pretty close, actually. Look! They’re just there.’

Jonny made a noise in his throat – a bit like a growl – and felt his face burning bright red. He was shaking with anger and humiliation as he slowly began making his way down.
By the time the brothers banged back into the house, Jonny was speechless with fury. He ran upstairs. He could hear his mum telling him off for slamming the front door, but too bad. He smashed his bedroom door shut too. There! How’s that? He was sick of Ted teasing him, sick of being the younger brother. And as for telling that old lady that the Hanging Pants of Doom were his ...

Jonny flipped open his laptop and, miracu- lously, there was the Sibling Swap website telling him that all this could change. What perfect timing. Had the Sibling Swap team climbed into his head and read his thoughts? Who cared?
He read the home page:
S
ometimes you don’t get the brother or sister you deserve, but here at Sibling Swap, we aim to put that right. With so many brothers and sisters out there, we can match you to the perfect one!

His heart began to beat faster.

Swapping your brother or sister has never been easier with Sibling Swap! Simply fill out the application form and we will supply you with a new brother or sister within twenty- four hours, carefully chosen from our massive database of possible matches. Our dedicated team of Swap operatives works 24/7 to find the best match for you, but if you are not completely happy, you can return your replacement sibling for a new match or your original brother or sister.

Amazing! For the first time in his almost ten years, this website was offering Jonny power, choice, freedom! It felt good! He rubbed his hands together and began filling out the form.

First, there were two options:

Are you swapping a sibling?

Are you putting yourself up to be swapped?

‘Easy,’ Jonny muttered. ‘I’m the one doing the swapping. Me. I have the power!’ He did a sort of evil genius laugh as he clicked on the top box. By Tic Tacs, this was exciting! Next, the form asked:

Are you swapping a brother or sister?

Would you like to receive a brother or a sister?
Jonny clicked the box marked ‘Brother’. Then he had to add some information about himself.

• my brother, Ted (he teases me all the time and reckons he’s cool just because he goes to secondary school)
• being nine (I am nearly ten, but can I have a brother who is younger than me or maybe the same age please?)
• sprouts
• climbing
• being sick

Then there was a whole page about the kind of brother Jonny might like. He quickly ticked the following boxes: fun; adventurous; enjoys food; enjoys sports and swimming; likes dogs. He didn’t tick the box marked ‘living’ or the one marked ‘human’. He just wanted a brother, so it was obvious, wasn’t it? 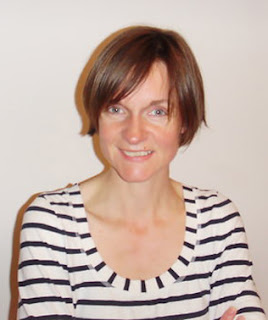 That ought to do it, Jonny reckoned. His heart was galloping now. In just three minutes it was ready to send. He sat back in his chair. ‘Just one click,’ he said, ‘and I get a brother upgrade by this time tomorrow. Friday, in fact! Ready for the weekend!’

Jonny felt slightly dizzy. He giggled quietly to himself. He felt giddy with power! All he had to do was send off the form. Easy! But then he hesitated ... Should he do this? Was it OK? Would he get into trouble? Jonny’s dad no longer lived with him and Ted, so he might not notice, but what would his mum say? She’d be pleased, Jonny decided quickly. Yes! After all, she was fed up with Jonny and Ted arguing. This was the perfect solution. Then, with a tiny frown, he wondered how Ted might feel about being swapped, but before he could puzzle this out, there was his brother again, shouting up the stairs.

‘Dinner, loser!’ Ted yelled. ‘Let me know if you need help climbing down the stairs.

They are quite steep. It could take you a while.’

That was it! For the second time that day, Jonny felt the anger bubbling up inside like a can of shaken Pixie Fizz. Enough! Double enough!

‘So I’m the rubbish younger brother, am I? Well, here’s one thing I can do really bril-liantly,’ he muttered and, jutting out his chin, hit the send button.


‘Done!’ he said, and slammed the laptop shut.

Keep an eye out for a review on my kid's book feature soon!

Buy I Swapped My Brother On The Internet here: https://www.amazon.co.uk/I-Swapped-My-Brother-Internet/dp/1408877759