BLOG TOUR | 'The Pinocchio Brief' by Abi Silver | What Inspired me to Write?

Hi guys, and happy Saturday! Today I am really excited to be hosting a guest post today by none other than Abi Silver, the brilliant author of The Pinocchio Brief - a story following the investigation of the murder of a teacher, supposedly by his fifteen-year-old student.

Keep tuned next week for my review of The Pinocchio Brief.

Here is the blurb to whet your appetite...

A 15-year-old schoolboy is accused of the brutal murder of one of his teachers.

His lawyers – the guarded veteran, Judith, and the energetic young solicitor, Constance – begin a desperate pursuit of the truth, revealing uncomfortable secrets about the teacher and the school.

But Judith has her own secrets which she risks exposing when it is announced that a new lie-detecting device, nicknamed Pinocchio, will be used during the trial. And is the accused, a troubled boy who loves challenges, trying to help them or not?


The Pinocchio Brief is a gripping courtroom thriller which confronts our assumptions about truth and our increasing reliance on technology.

And here is Abi Silver with her piece about what inspired her to write this brilliant book! 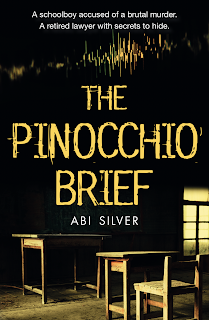 The Pinocchio Brief – how to make it (warning: it takes a long time and requires frequent revision and long periods of standing before the final version is ready for consumption)
Take a dash of Sherlock Holmes, try to get hold of the “The Red-headed League” brand if you can.  This provides the basis for our cocktail of the day with its subtle blend of fiery ginger and confused expectations.  Or if Conan Doyle is in short supply you could switch it for “The Murders in the Rue Morgue” – there’s a fair bit of flame-coloured hue in there too, together with a wonderful explanation of the “disentangling” virtues of the mind of a true analyst of crimes.

Enhance with a tablespoon of Rumpole of the Bailey, I suggest the “Age of Miracles” variety, to add humour, some cutting remarks and astute commentary on the battle of the sexes in the fictional Chambers of old Soapy Sam Ballard.

Slosh in large quantities of sweeping courtroom dramas with fabulous character-acting and difficult moral dilemmas; either Inherit the Wind, all bushy eyebrows and lofty sermons on the teaching of Darwin’s theory of evolution, or you could easily substitute To Kill a Mockingbird, with its curious, reclusive hero and noble stand against racism in the Deep South (don’t include Scout’s ham suit – the flavour will be overpowering).

Augment with two female leads to bring out the flavour, one young and zesty, the other experience incarnate for the more mature palate- the Cagney & Lacey of our times (but homegrown, not the US strain).  Recite the words “That’s why people with experience are so invaluable, a fact people forget in our throwaway society” as you stir vigorously and then set the packaging aside for recycling.

For more intense flavour don’t make this drink at home; you need to be standing in a deserted class room, with Maths formulae on the board and the cheers from a lively sports match filtering in through the half open window.  Sort of Tom Brown’s Schooldays meets Good Will Hunting.

Sprinkle in a pinch of politics: not too much, perhaps the latest version of cost cutting of the criminal justice budget or a debate on the vagaries of juries. 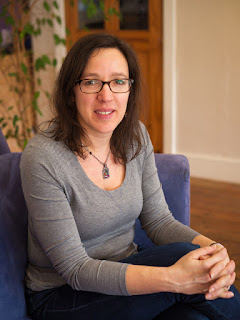 Optional extra (particularly recommended for voyeurs) is the proposition that criminal court trials should be filmed live for TV viewing and “education” of the general public.
Pour carefully into your cocktail shaker and add the secret ingredient (no longer secret as I am telling you what it is); namely a New Scientist article on AI and lying.  This is the article which includes the explanation that tiny, facial movements, invisible to the naked eye, but filmed, collated and “judged” by computer, can indicate whether a person is telling the truth or telling a lie.  (Don’t mix it up with other equally interesting but different pieces, like the one on computers joining the dots of what happened at crime scenes or pinpointing petty crime on CCTV from people’s body language.  These other commentaries will keep, if refrigerated unopened, for another day.)  Agitate briefly but with dedication to the task.


The result – a zingy, flies off the shelves, formidable, multi-layered brew entitled “The Pinocchio Brief”.

Check out this video of Abi Silver talking about The Pinocchio Brief: https://www.youtube.com/watch?v=xa8qAGUPHkM