Hey readers, and happy Thursday! Today I am so excited to be on blog tour to celebrate the publication of the amazing sounding YA book I Have No Secrets by Penny Joelson. 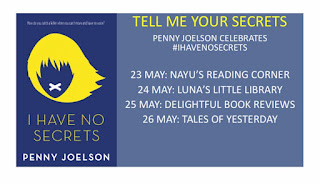 I Have No Secrets is a rip-roaring rollercoaster of a read, with a fantastic mystery at it's heart and a voice you won't forget in a while. Addictive and packed with action, this is a book you NEED on your summer reading list!

A page-turning thriller seen through the eyes of a unique narrator, this is a truly original, heart-rending and compulsive book for young adult readers. Perfect for fans of Wonder, The Curious Incident of the Dog in the Night-time and Looking for JJ. 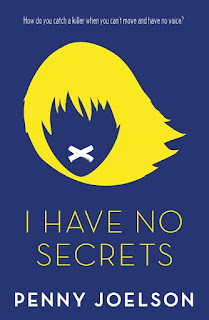 For the blog tour, bloggers and Penny Joelson herself will be sharing secrets, big and small, to get you excited to read the book! Today the secret Penny and I will be sharing is on imagination and early writing...

I started writing stories as soon as I was able to hold a pencil in my chubby fingers. I was convinced that by the age of ten I would be a world-famous novelist and people all over the world would be queuing outside bookshops to get their hands on my books. So I started early. My first stapled 'book' was called Red Fairy Ruby, written when I was 6 years old, a story about a family who go on holiday to Cornwall and meet a fairy who lives in a cave. I was so convinced that this story would make me famous that, a few weeks later, I completed an autobiography: Alix: The Story Of My Life. 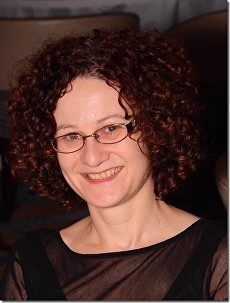 I was a very shy child and was an only child until I was eight when my sister was born. I spent most of my childhood living in a complex imaginary world, which included children from books I had read. I developed stories around all these children that went on for years.


I decided I wanted to be an author when I was seven years old. My first attempt at writing a ‘novel’ was an eight-page story about worms.

I hope you guys have enjoyed this blog post and gotten a good laugh out of us ;)  Make sure you check out the other spots on the blog tour!

I'd love to hear your secrets about imagination and early writing!