Hello readers, and another happy Thursday to you as I feature another wonderful children's book! 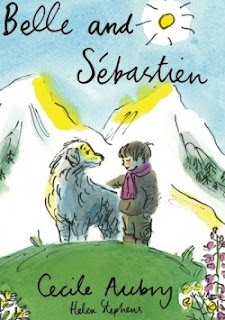 Today I will be reviewing the wonderful Belle and Sébastien by Cécile Aubry, another children's book recently sent to me by Alma Books in exchange for an honest review :)

Belle and Sébastien is a beautifully told story following the son of a Gypsy woman, Sébastien, who's mother died after she gave birth to him. He has been brought up by Guillaume and his grandchildren Angélina and Jean in a tiny mountainside village in France, and is a boy who is intelligent, curious and doesn't care what the village children think of him. Belle is a beautiful, yet enormous white Pyrenean Mountain Dog, and when the villagers decide that Belle is a risk to the safety and peace of their tiny village Sébastien is intrigued. Is this dog really the dangerous creature the villagers profess her to be? As Belle and Sébastien strike up an unlikely but devoted friendship, the village is forced to reconsider everything they originally believed, and everything they thought they knew about loyalty and friendship and everything that comes with the two.

The son of a Gypsy woman, Sébastien is found as a newborn baby in the Alps and brought up by Guillaume and his grandchildren Angélina and Jean. Born on the same day, Belle is a beautiful white Pyrenean Mountain Dog who has been neglected and passed on from owner to owner, until one day she escapes from a kennel. When Sébastien rescues the runaway Belle from the wrath of the villagers, the boy and the dog form a lifelong friendship and embark on exciting adventures in the mountains.


First published in 1965 to coincide with the internationally successful television series of the same name, Belle and Sébastien is a heart-warming story of camaraderie, adventure and freedom. 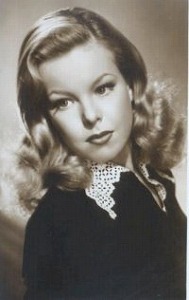 Reading this book in the height of summer, I definitely appreciated the beautiful, detailed descriptions of the French Pyrenees - this and the illustrations by Helen Stephens - which made Belle and Sébastien such a wonderfully atmospheric read. I was gripped from the very beginning of the story, eager to find out how things would end up for Sébastien and if Belle would ever find a place where she would feel safe again. Aubry makes Belle such a vivid character with fears, desires and complex thought processes - which means I cared a whole lot more about Belle and Sébastien's friendship than I normally would, with a typically 2-dimensional animal character. Their friendship was so heartwarming and wonderful to read about.

I thought the other characters were also fantastically written - in particular I loved César and Célestine - they jumped right off the page and into my heart. César was a French Atticus Finch and Célestine was irritating yet highly lovable. However, Sébastien was no doubt my favourite character - brave, intelligent and wilful - he was so interesting to read about. His determination and loyalty towards Belle drove the story forward and I love how Sébastien made the story his own. 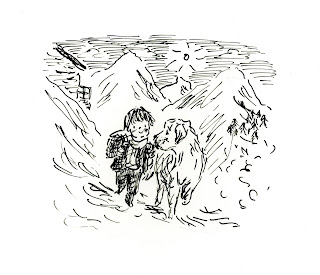 The only reason that this is a 4* review instead of a 5* review is because at times I found the writing quite difficult to understand fully - it might be because I haven't read a classic for a while, it might be because its a translated, but I just found some of the language hard to get to grips with. Although I found the descriptions of the environment beautiful and intricately detailed, general descriptions were slightly clumsy (this is probably entirely due to translation issues, however). 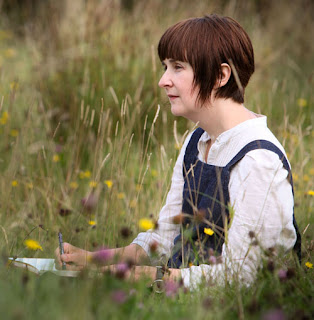 Overall, I really enjoyed Belle and Sébastien and I would highly encourage you to check it out, especially if you love classic children's books. I would recommend this book for children nine years and upwards, but it is such a beautiful story about loyalty, friendship and the dangers of fear, ignorance and prejudice that I'm sure readers of all ages would adore it.

Check back next week for another children's books feature!