Hello readers, and happy Monday! Today, I am excited to share with you another '5 minutes with...' post - I haven't done one of these in a while, and I am excited to get started!

Today I am thrilled to welcome Rosalie Ham, author of Summer At Mount Hope, to my blog. I was contacted by the lovely Drew at Serpent's Tail contacted me about a month ago asking if I would be interested in reviewing Rosalie's second novel, Summer At Mount Hope, a gripping story about love, friendship and one woman’s journey to take control of her own destiny. Safe to say I was sold! 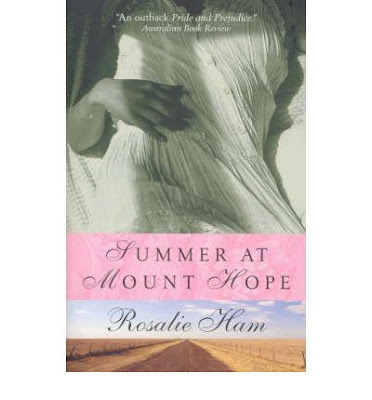 Phoeba Crupp lives with her squabbling parents and younger sister Lilith on a small farm in rural Australia. Her father is an eccentric ex-accountant who moved his family from the city in order to establish a vineyard, a decision her mother bitterly – and loudly – resents. But Phoeba has loved it here since the day they arrived and she met Hadley and Henrietta Pearson, a brother and sister from a neighbouring farm who instantly became her closest friends. At their mother’s urging, Lilith throws herself into trying to find a husband but Phoeba resists, until circumstances beyond her control push her towards the world of men and money.

As Phoeba wakes up to the realities of the adult world, she comes to realise the friendship of those near to her may count for more than she could ever have imagined. Told with Rosalie Ham’s trademark wit and wisdom, the second novel by the bestselling author of The Dressmaker is an irresistible story of a young woman finding a way to take control of her own destiny.


Where did the inspiration come from to write Summer at Mount Hope?

My grandfather was a wool classer in the pioneering years of sheep production and travelled to many isolated properties. I transcribed the letters he wrote to my grandmother between 1893 & 1923. I gleaned that my grandmother was an independent girl who rode horses, entered show jumping competitions, tended the animals and helped on the farm, bred and raised sheep and had a full and lively life with her five siblings attending ploughing matches, dances and tractor pulls.

One letter revealed my Grandfather proposed marriage; ‘Now see here girl, I haven’t got over the knock back.’ Well, why would a happy and independent girl marry someone who was away a lot, whose ambition was to buy a sheep property four days travel from her family and home? Why risk death by childbirth and give up everything that made life fabulous for those reasons? But social pressures were great at the time, and though my grandmother was obviously an asset around the farm, she was dispensable. I realized that in some ways, especially to do with the choice between career or family, not much has changed for women since 1894.

Tell us a bit more about Phoeba. Are you similar in any way?

Phoeba and I are not fussed about hierarchy or class. We both came to understand that we are responsible for our own happiness, that we must make the best of what we’re dealt. Neither of us cares to have our freedom restricted, and we believe that our word is our honour. Sadly, we believe that the joyful heights of passionate love, or lust, are too soon replaced by the golden reassurances of loyalty and friendship. I think Phoeba’s stronger and more sensible than I am, and she works hard, so she’s much fitter than me and probably has lovely biceps from kneading bread. 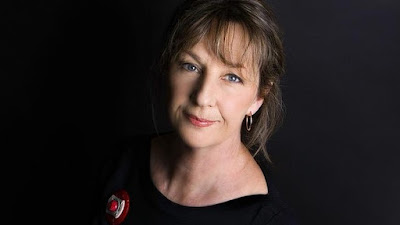 As a kid I spent a lot of time at the family farm, which was a few miles from the town, so I know the bliss of isolation with the comfort of ‘civilization’ just beyond the horizon. The landscape at Mount Hope is a metaphor, a rugged place en route to the lush, rich place that Overton is. The outcrop is a place where itinerants can pause, a hiding place for lust and tragedy, refuge and wonder. And it is also a vineyard amid sheep grazing land and a place of nature that shaped Phoeba’s spirit and attitudes.  Sitting above the property, her home, she could see the world as it passed. There is such a place – The You Yangs are granite peaks that rise dramatically from the volcanic plains between Melbourne and Geelong. They’re not very tall, only 340 metres high, but they dominate the landscape, and are visible on the landscape for fifty miles or so. And the You Yangs are poised between the past and the future, modern and ancient, like Phoeba.

Summer at Mount Hope is all about a young woman in difficult circumstances finding her voice. In what ways could it be considered a feminist novel?

For many women in rural areas, there is a schism in the popular notion of feminism. Like Phoeba, my siblings and I did our share on the family farm. My sister and brothers could figure out how to open most gates, and we all drove the truck as soon as out feet reached the pedals. We herded sheep on horseback, did our share at harvest and shearing and helped out with sheep slaughters, lamb marking, wood chopping and burr cutting. We were expected to pull our weight and we did. And like Phoeba, if I’d really wanted to, and if circumstances allowed, I could have spent my life there on the farm, working. These days, women are partners in farming life.

To survive in rural life a partnership is necessary and men know this just as they have always known that women will work alongside them capably within their individual skill set. That’s the way it works. Urban dwellers see Summer at Mount Hope more of a feminist novel, but to rural readers, it’s just the way it is. It was the need for Mount Hope farm to survive, what everyone had worked for, that conspired against Phoeba in the end. If she was a boy, I doubt Phoeba would have been happy or able to stay given the economy and the circumstances in 1894, and in leaving, she made a life and prospered and returned triumphant.


Thank you so much, Rosalie, for being on my blog! Make sure you guys keep an eye out for a review of Summer At Mount Hope coming soon <3