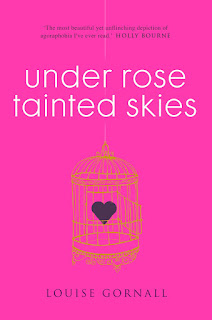 Hello readers, and happy Thursday! Today is the publication day of Louise Gornall's beautiful book Under Rose-Tainted Skies and I couldn't be more excited. On Tuesday I was part of the blog tour, where Louise Gornall gave us an introduction to her protagonist Norah, which you can read here.

However, I thought a great way to celebrate publication day would be to publish my 5* review of the book! Under Rose-Tainted Skies follows the story of Norah, a teenager dealing with agoraphobia and OCD, which prevents her from living like other teenagers; Norah's fears and relentless battles with her own mind keep her confined to her house and unable to attend school or make friends. So when a boy moves in next door, Norah has to make a decision - if she can't bring herself to go outside, can she at least let someone in?

Norah has agoraphobia and OCD. When groceries are left on the porch, she can’t step out to get them. Struggling to snag the bags with a stick, she meets Luke. He’s sweet and funny, and he just caught her fishing for groceries. Because of course he did.

Norah can’t leave the house, but can she let someone in? As their friendship grows deeper, Norah realizes Luke deserves a normal girl. One who can lie on the front lawn and look up at the stars. One who isn’t so screwed up.

It's so great to see that YA books about mental health issues are becoming more and more mainstream - I see the hashtag on twitter all the time (#mentalhealthya). It's great because the most important thing about YA is that everyone is represented - people of all races, religions, genders, sexualities and those who live with mental health issues. Furthermore, books like URTS teach people who don't live with conditions such as agoraphobia more about what it is like to live with a condition like that - which in turn plays a part in removing ignorance and misunderstanding. For me, I knew next to nothing about agoraphobia so reading URTS was a really interesting and eye-opening experience. 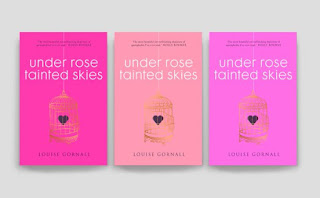 I thought that Gornall's writing was beautifully detailed and sensitive, and gave the character of Norah such life and vitality. She jumped off the page and into my heart. Her moments of panic were not overly dramatised or made to seem absurd - they were so well-handled and intricately described. Gornall is a genius at aligning the reader with the protagonist and churning up empathy in amidst the elegant language and homely setting.

It's crazy that a book of nearly 300 pages can be set only in one location and still be  as exciting, interesting and thought-provoking as URTS is. While reading I could imagine the setting so clearly in my head and almost have the entirety of the house mapped out in my head. Gornall is evidently a proficient world-creator and this was so clearly shown in the beautiful, intricate way that Norah's world was portrayed to the reader. 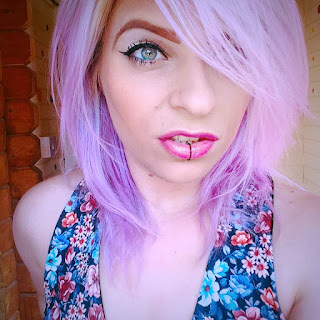 I feel as if URTS could have easily been a book purely about mental health, and if that was the case I think I would have found it slightly overwhelming and engulfing, especially as this is a story told only from the perspective of Norah. However, the other issues and scenarios that the book brought up such as growing up, first love, independence and consent. I'm not going to spoil it, but there's a moment near the end of the book where I was genuinely on the edge of my eat, hand over my mouth, waiting to see what would happen. Gornall's writing is so arresting and beautifully captivating.

I adored the character of Luke and I really wanted to know more about him - his home life, his family - and I think it would have been great if the story was split between the dual narratives of Norah and Luke. I think he is such an important character because it dispels the myth that only people who live with mental health problems can understand and be sensitive towards those who live with mental health problems. It's something I have experienced in my life - and it is so upsetting, frustrating and frankly, incredibly patronising. The way that Norah assumes that Luke is going to make fun of her and not understand what is going on inside her head really frustrated me, especially as I knew that all Luke wanted to do was be allowed by Norah to understand her. Also, Gornall brilliantly challenged the awful trope that some YA books still use - that there is a 'light bulb' moment for someone who lives with mental health problems - that the right guy can come along and magically dispel any traces of a mental health problem. I'm so glad that Gornall avoided this and instead portrayed Luke as a realistic, good-hearted and sensitive character who helped Norah just as much as she helped him.

The ending was perfect. Perfect. I didn't know what was going to happen at the end, but I'm so glad that Gornall ended URTS this way. It confirmed my thoughts that, over everything, Gornall is a brilliant writer at depicting reality at its most real, raw and beautiful.

As you can tell from this review, I thoroughly enjoyed Under Rose-Tainted Skies, and I think you should all go and pick it up if you haven't already!