Hello readers, and happy Saturday! Today I am very excited to be on blog tour for Elida May's brand new novel, Following Evan! For the blog tour I am going to be sharing my thoughts on the book, make sure you all go and check out the other posts on the tour after you're finished here! 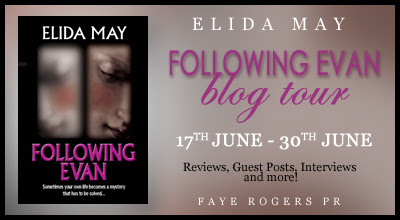 Following Evan is about grief, fate and finding yourself after being lost to grief. The story follows Laura, who has suffered the loss of both her husband and her young son, who decides to take back control of her life, her job and her future. After returning to her job as an interior designer, Laura decides to follow a strange turning of fate and travel to New York to discover if there is such a thing as providence, and how it could change her life irrevocably.

I was sent an electronic copy of Following Evan by Faye Rogers PR in exchange for an honest review :)

Three years on from the sudden death of her husband Matt and a subsequent miscarriage, interior designer Laura is still lost in grief, hiding out in the smart London townhouse that was going to be her family home. On the encouragement of her best friend Carla, she signs up to a dating website and receives a message from a mysterious stranger, imploring her to visit him in New York because he has seen her face in his dreams.

Meanwhile, Laura visits an art gallery and is captivated by a painting of a beautiful woman in a flowing dress. It seems to be speaking directly to her, beckoning her to take a leap of faith.

These seemingly disparate events lead Laura on an epic journey to the bustling streets of the Big Apple and the desert landscape of Wyoming, where the clues to her future happiness are waiting to be discovered… 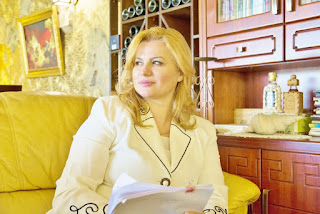 When I read the blurb, I thought the whole premise of the book was so interesting and I wasn't disappointed. I loved the aspects of the book that explored the concept of fate, and how often it pays to be adventurous. The message that resonated throughout of taking control of your destiny and taking a chance on a fresh start was highly uplifting, and contrasted greatly with the first half of the book, which explored Laura's grief and hopelessness. I thought that May explored Laura's emotions delicately, sensitively and in great detail, however a lot of the phrases used were repeated and this sometimes made the narrative sound like it was going around in circles. 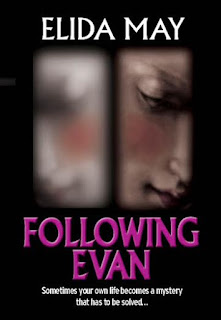 I liked every single character except Laura - which is actually quite typical for me! Sometimes I find that sometimes in books the story focuses too much on the protagonists at the expense of the other characters - and unfortunately this was the case in Following Evan. This is a completely subjective point, however, and some readers might feel differently! Evan was a great character, who was developed physically and psychologically, and I enjoyed reading about him and finding out more about his past and his background. In the first half of the book however, I felt like characters entered the story too quickly and were given too much detail - which turned out not to be maintained. For example, in the plane scene, too much background information was given to certain characters which distracted from the main elements of the story.

I much preferred the second half of the book, where a lot more was going on - I loved the setting of New York and the interweaving of the different narratives. May is clearly a gifted writer who seamlessly slips between different voices and different stories - maintaining a distinctive emotional expression in both. I think the female voice of Laura was well articulated and layered in complexity, which kept me interested in the story until the very end.

I also thought the writing itself was a lot clearer in the second half of the book, where there was a lot more going on in the story and Laura's emotions and experiences were undergoing a constant transformation and rejuvenation. In the first half of the book, lovely simple phrases such as 'porridge of human sound' had a tendency to be dampened by the exaggerated, hyperbolic language and phrasing, which in fact didn't greaten the sense of loss and grief. Most of the time in literature, simplicity goes a long way, especially when trying to convey a great sense of loss and helplessness.

I enjoyed the ending of the story - I love a good reconciliation in a book! The mystery that was ongoing throughout the book was resolved by the end and the speed of the action and the writing in the last section of the book made it unputdownable. Particularly in the second half, the elusiveness in May's writing was commendable.

Overall I enjoyed Following Evan by Elida May, and if you enjoy stories about fate, and hopefulness in the most dire of circumstances, I would pick this book up!