Interview with 'Read Me Like A Book' author Liz Kessler! 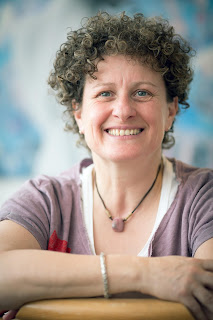 Happy Friday, readers! Today I have a very exciting interview for you... It's an interview with the wonderful Liz Kessler, author of the incredible Read Me Like A Book that was published only a few weeks ago. Now, I have been a huge champion of this book ever since I learned that Liz was bringing out a new YA title, as I have been a huge fan of her Emily Windsnap and Philippa Fisher books ever since I was little. I was lucky enough to receive an uncorrected proof copy of the book before it's publication, so I was able to read it verociously before the launch party a couple of weeks ago, which was amazing. It was clear that everyone who attended was just as excited as I was at the prospect of this incredible novel finally appearing on the shelves, after fifteen long years of waiting. It was also great to finally meet Liz, who was hilarious and kind and lovely.

I was delighted to hear that I would be able to interview Liz for my blog and on Huffington Post, as a celebration of how excited the UKYA blogging community is at this book finally being published, and how pivotal books like these are for young people and adults alike.

What has the journey been like for getting 'Read Me Like A Book' out into the world? What does it mean to you to finally see it on the shelves?

The journey has been bonkers! Fifteen years, umpteen rejections, and now its day has finally come. It means the world to me to see it on the shelves!!!

How similar is Ashleigh to yourself as a teenager? 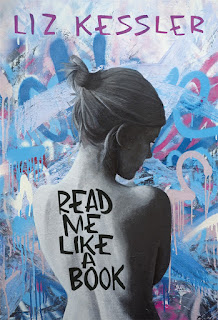 I don’t think she’s really like me all that much at all. I think Ashleigh is very much a contemporary teenager, and my teenage years took place in very different times. But we do have some things in common. Having said this, I never think my characters are like me, and someone usually points out that actually they are very much like me - so what do I know?!

What inspires you to write?
Gosh, anything. Quite often it’s a place. It’s also often a chance event, or even something that someone says. There’s often a little seed in my mind that sits there for years before I get to work on it!

What advice would you give teenagers who are struggling with overcoming obstacles like Ashleigh?
I know it’s easy to say, but - try not to worry too much. Living with question marks all around you can feel really hard, but try to just accept who you are - even if you don’t know exactly who that is just yet! You are fine exactly as you are, and you’re not alone. Also, it can be easy to worry about things like 'coming out', but in my experience, the worrying beforehand is usually much worse than when we actually do it. 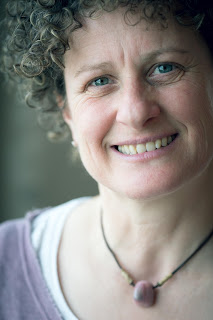 What do you want 'Read Me Like A Book' to show/teach people?
I don’t really feel that I’ve written it in order to show or teach anything. Mostly, I want people to do what the title says and simply read it - and enjoy it - like a book! If it opens people’s eyes to anything along the way, or helps anyone to feel better about themselves or anyone else, then that is a bonus.

Why is YA literature so special?
YA literature is focused on a time and an age where so much is going on and everything is so intense and emotional and important. Providing books for young people who are going through all sorts of things at that age means giving them characters and themes that they can connect with and see themselves in. I can’t think of anything more special to do as my day job!

For me, it’s very similar. The only difference really is that the main characters are going through different experiences and act or speak a bit older than the younger ones. I try to just get under the skin of my characters and write their stories with their voice - and that’s true of all my books.

One piece of advice you would give to yourself as a teenager?
Don’t change a thing. It’s all going to come right in the end.

At the end of the book, the readers are left unsure of Ash's father's feelings towards her coming out. Is 'Read Me Like A Book' a novel for adults/parents as well as teenagers?
I really hope so. Ash’s dad’s feelings are still a bit ambivalent at that point, but I hope that I have hinted that he is open to them changing for the better given time. I think that Ash’s relationship with her parents is one of the biggest parts of the book, and I would almost love nothing better than to get emails from parents saying that it has helped them understand their daughter or son a bit better.


Thank you so much for being interviewed, Liz!


Find out more about Read Me Like A Book here: http://www.lizkessler.co.uk/more-about-read-me-like-a-book/

I'd also like to credit Mark Noall for the photos of Liz!